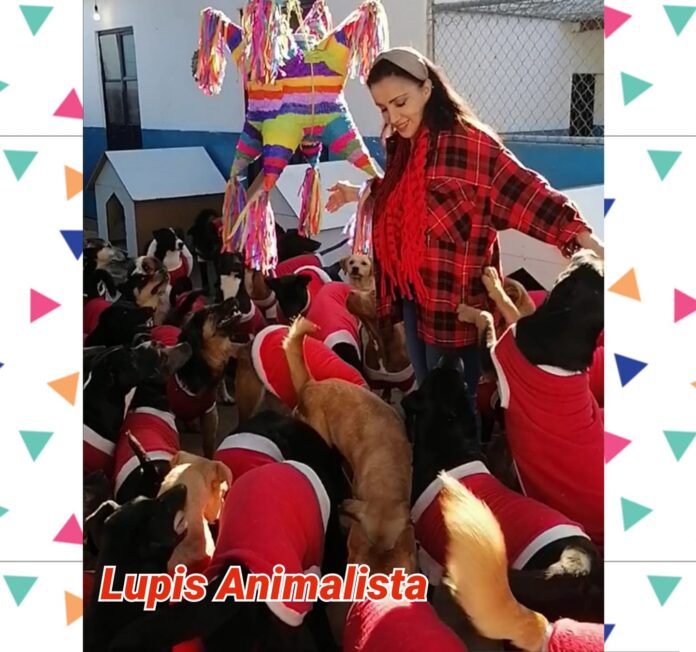 At the Lupis Animalista shelter in Mexico City, he held a “perriposada”, where more than 500 little dogs enjoyed piñatas filled with sausages.

It was through videos uploaded to their social networks that followers were touched by seeing the ‘doggies’ with Santa Claus sweaters and colorful piñatas filled with sausages, celebrating the holidays.

In the publication, Lupis Animalista thanked Olivia Ortega, who was responsible for donating more than 200 sweaters for the dogs.

At the moment of breaking the piñata the dogs approached and positioned themselves under it, waiting for the delicacy, the person in charge of breaking them was one of the volunteers; and after the sausages began to fall to the ground, the ‘doggies had a feast.