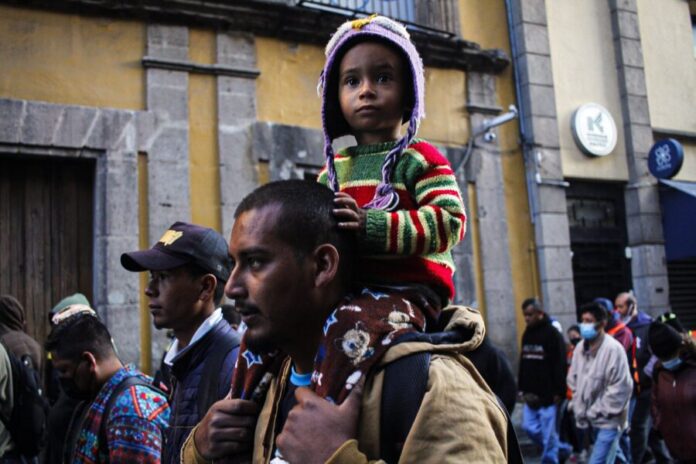 With signs that read “Stop violence against us” and “We are honest people,” protesters marched through Reforma Avenue, one of the main streets of Mexico City, and gathered at the memorial for the 72 migrant victims of the 2010 massacre in San Fernando, Tamaulipas state. The massacre was one of the worst atrocities in Mexico’s prolonged drug war.

The demonstrators, who are part of the migrant caravan marching from the southern state of Chiapas, asked for equal and fair treatment by Mexican authorities.

Large groups of migrants, many from Central America and the Caribbean, have embarked on a long journey towards the U.S. border with their families and children fleeing poverty and violence in their home countries.

Lopez Obrador has long sought to spur investment in southern Mexican states and Central American countries to avoid mass migrations to the north. But not every person wants to stay.