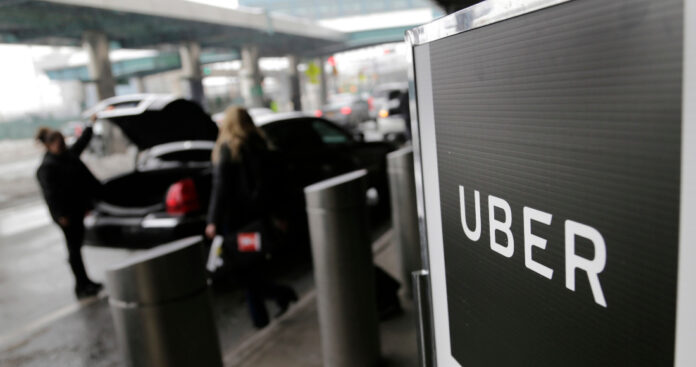 Users denounced through social networks that the high demand for Uber services had inflated prices to the point of costing up to 400 or 600 pesos a trip of a few kilometers.

Mexico December 17.– Uber has become a  trending topic on social networks after users denounced the high prices shown on the transport service platform.

In different tweets, Uber customers indicated that the prices to travel less than 10 kilometers are from 100 pesos due to the dynamic rate of the application, but some costs are between 400 and up to four thousand pesos.

Internet users took advantage of the situation to complain not only about the immense rate increase, but also about the working conditions of the driving partners and the quality of the trip.

“The Uber fantasy did not last long but it was pleasant, from its beginnings when they opened the door for you, offered you sweets and water, until its decline with waits of one hour and trips of 20 minutes in 500 vari. Nice to meet you, bye ”, commented a user identified as Luis.

Likewise, Twitter was flooded with memes and jokes that compared the costs of requesting an Uber service with renting an apartment, buying food for the whole week, and renting a private limousine with a driver.

” With good reason they complain about Uber , a trip costs them the same as their Christmas bonus,” said another account.

The high demand, which increased prices, could be due to the approach of the Christmas holidays and greater mobility of citizens due to high vaccination rates and low numbers of infections.

“I have always hated Uber for charging you with the responsibility of helping delivery drivers/drivers with tips instead of giving a fair payment. The tip is fine but it should be an extra for them, not help that Uber asks for because ‘we know they are very important,’ “Gustavo criticized about the working conditions of the partners.

“Uber in the confinement: I SUFFER! help my drivers, I have no money. Let’s cooperate and move forward. Uber today: 10 min ride? 400 vari, heck. If you think so, if not get to the dick. Water? Do not mames, nor that it was Oxxo. Oh, and you drive huh, “joked actor Diego Alfaro.

” I don’t know whether to buy an air fryer or take a 2-kilometer Uber trip, ” Adrián Chávez said. “I no longer know whether to ask for an Uber downtown or pay for the round trip to Cancun,” said another user.

The transport service by application in Mexico and Yucatán such as Uber, Didi or InDriver are here to stay. This class of services have been favored by users due to the ease of requesting them, availability, quality of service and rates compared to traditional taxis.

Despite the good reputation that Uber and Didi enjoy over all in the country, recently users have complained about the rise in prices they charge due to what is known as “dynamic rate” which works based on supply and demand; that is, the more users request a service and the fewer drivers have been working, the price increases.

Why the increase in fares at Uber and Didi?

The above had not been a problem for users, however, due to the new regulations of the Ministry of Transportation in the Country, Ministry of Finance, the pandemic, high commissions of the platform and other issues, many drivers decided to leave the platform s, however, the demand continued to be the same and even more so for these dates.

Due to the above, there is currently a high demand and few units.

In Mérida, many users have experienced long waiting times for a service, when before, prior to a pandemic, on platforms such as Uber, a maximum of 5 minutes was expected. Today a service can take up to 20 minutes to reach your door.

As mentioned, the problem of supply and demand causes services to rise in price, costing double or even triple what would be paid for a trip without a dynamic rate.

How much does an Uber ride cost in Merida?

Doing the exercise of requesting a trip, we request the quote to 4 different points from the center of Mérida this Friday, December 17 at 9:15 pm:

Downtown to Fraccionamiento Los Héroes has a cost of $ 192

Downtown to Ciudad Caucel has a cost of $ 182

The taxi service on these dates becomes a service that few people could afford, since a single trip would be equivalent to practically a minimum wage that is equivalent to $ 172.87 for an eight-hour shift. Additionally, the prices presented in the upper part are with discounts applied and whose travel time is approximately 40 to 50 minutes.

Mockery for Uber rates in CDMX

In places like CDMX they make fun of prices, because there are users who at the time of quoting the trip find the charge excessive. Such is the case of a user who shared a screenshot where the Uber service charged her $ 100 from her house, to her own house, that is, she marked the starting point and the endpoint of the trip and gave her that price.

Other users have complained asking the question A trip to Cancun or an Uber trip? alluding to the high fees that the platform throws at you. Here we present some of the messages that circulate on social networks about how expensive the service is at this time