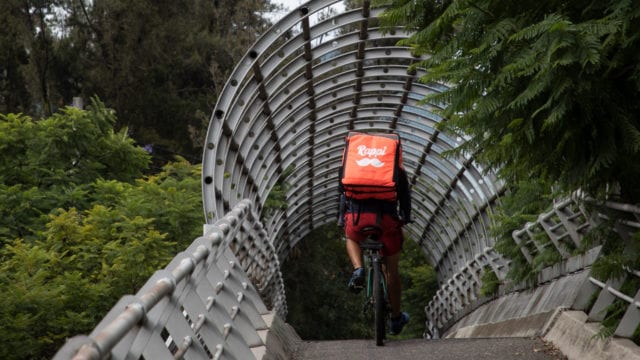 Of the 100,000 businesses that Rappi has on its platform, between 40 and 50% are small businesses; these would be the most affected by the new tax.

The general director of Rappi, Alejandro Solís, assured that the tax on delivery apps in Mexico City will mainly impact small businesses on its platform, since there will be orders that they will not be able to do as they are very expensive, in addition to slowing down the expansion of its coverage in the capital of the country.

The manager indicated that, although it does not yet have the exact impact, the tax will increase the cost of commissions to businesses, which can be offered in an order from the dealer, as well as the final price of users.

“ It caught us a bit by surprise, it came out at the last minute in December, it surprised us a lot because Mexico City also has something that proposes a lot is innovation, the city of connectivity; the truth is, taxes in general slow down activity, “he said.

Solís explained that the collection of this tax will ultimately increase transaction costs within his platform, since it makes several orders, especially from small businesses, become more expensive.

“Beyond talking about whether or not the tax is transferred, there are definitely going to be orders that we cannot do because they become very expensive and those orders, in general, are from small businesses, those with the lowest average check.”

In this sense, he said that small orders are very important to promote the neighborhood economy; In addition, of the 100,000 businesses that they have in their app, between 40 and 50% are small businesses, of which 30 or 40% will definitely be affected.

However, he specified that the impact would vary, since it has shipments from a pharmacy, supermarket, restaurant, but as the tax on a percentage of the commissions is raised, this will be according to the type of order.

And, he explained, it will depend a lot on the average check, on the distance, on periods of high demand, since it is not the same on a Sunday where they are more saturated.

Alejandro Solís gave as an example that the restaurants that at this moment were beginning to see some of the economic recovery, those that are on the verge of bankruptcy, those that depend on each peso, would be harmed, since their channel of the home sales.

Adding to this, it would change Rappi’s growth plan in the country since they would give priority to those cities where it is cheaper to operate; in fact, he commented that the capital would be the only city where they operate which applies this tax.

“We are definitely prioritizing other cities when expanding; All the parts that we present to you now of expansion are cities outside of Mexico City; The more expensive it is to operate, the less priority you end up with, ”said the manager.