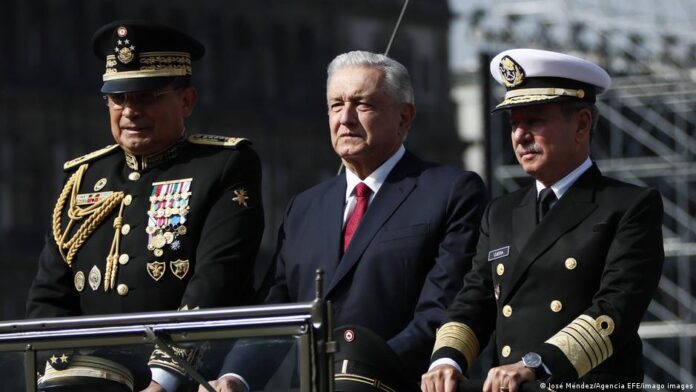 It is the first massive public act in the Zócalo Square since the pandemic began.

The Mexican Government celebrated this Saturday, November 20th, the 111th anniversary of the Mexican Revolution of 1910 in the first official mass act of the pandemic. In the Plaza del Zócalo in Mexico City, before thousands of attendees and participating soldiers, President Andrés Manuel López Obrador highlighted the “new social order” created by the Revolution, in which Francisco I. Madero ended the three-decade dictatorship scored by Porfirio Díaz.

“There is something that we also inherited from the Revolution, which in these times is proving essential for the transformation of the country, I mean the committed contribution of the Armed Forces,” declared the president in front of the National Palace. López Obrador considers the Mexican Revolution as the “third transformation” of Mexico, after the Independence struggle of 1810 and the Reform War of 1857.

The president, who says he is now leading the “fourth transformation” of Mexico, paid tribute to the anniversary for establishing “greater mobility and justice.”

“(The Armed Forces) come from below and have as their origin the identity of deep Mexico. A soldier is a uniformed person and that is why he will never betray his people, he will never betray freedom, justice, democracy”, AMLO said in his particular way of saying things.