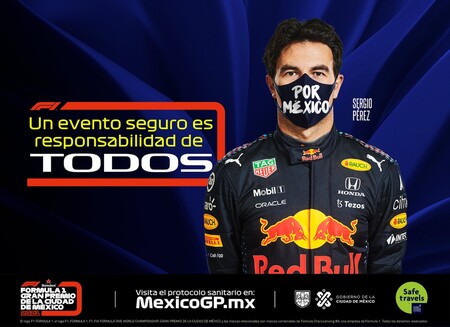 Mercedes got the front-row lockout for the start of the Mexico City Grand Prix. The challenge will be holding off the hard-charging Red Bulls and Max Verstappen over 71 laps on Sunday.

Valtteri Bottas and Lewis Hamilton seized on what Verstappen called a “terrible” qualifying for Red Bull on Saturday to earn Mercedes its first 1-2 start of the season. Bottas starts from pole position and, most critically, Hamilton gets an early race advantage over Verstappen in their fight for the season championship.

Sergio Perez will start fourth, a little bit of a disappointing result in front of a home crowd of more than 100,000 that loudly cheered his every lap. The only Mexican driver in F1, Perez is adored in Mexico City and expected to have a realistic chance at pole position, and possibly even a race victory.

Red Bull had faced questions this week whether Perez would be told to let Verstappen pass him in the race, even if it meant possibly giving up a victory, in order to help Verstappen in the championship.

The first priority of team strategy now will be how to work together to pass Mercedes.

If Perez could get on the podium, it would be a dream come true for him and for all Mexican fans.