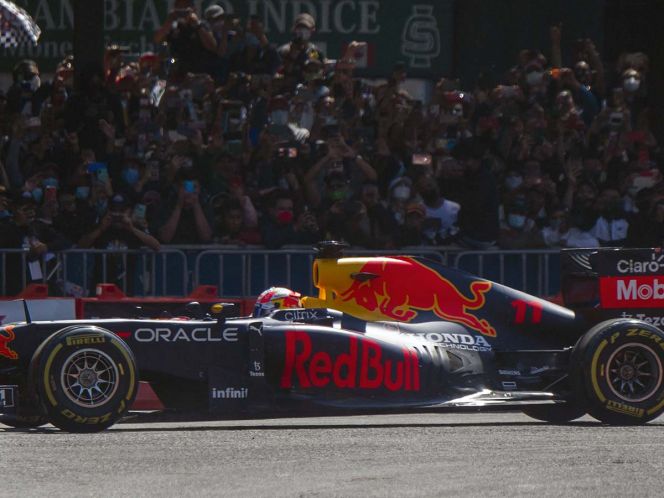 “Thank you all very much and see you on Sunday,” he added.

After the words of the Mexican pilot, the fans gave him again in unison: “Checo, Checo”!

Sergio “Checo” Pérez held three different sessions on the central lanes of Paseo de la Reforma. The first of them took place around 11:04 am. In the second (12:10) he performed several spins on one side of the Diana Cazadora monument. The last one was at 12:44 hrs.

After the exhibition, “Checo”, who currently ranks fourth in the World Drivers’ classification with 150 units, went out on foot to walk a few meters and greet the fans, carrying the Mexican flag high and in the background the “Cielito lindo “, played by the traditional mariachi.

Hundreds of fans filled the Paseo de la Reforma, on the stretch from La Diana Cazadora to the Angel of Independence, to watch the Red Bull Show Run event in Mexico City, prior to the 2021 F1 Mexican Grand Prix.

From very early on, the followers were present in the streets around Paseo de la Reforma. Dressed in “Checo” Pérez shirts, Red Bull flags, checkered flags, Mexican flags, banners, masks, among other objects.