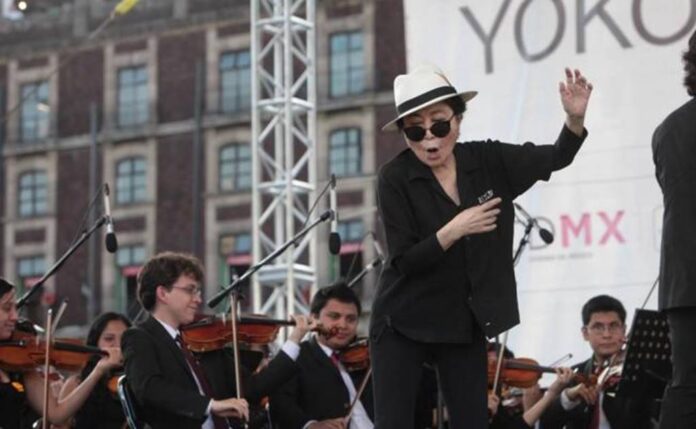 MEXICO CITY –  Yoko Ono has brought an anti-violence message to Mexico City with the opening of a participative-performance exhibit dubbed “Tierra de Esperanza,” or “Land of Hope”, back on 2016.

The 82-year-old Ono told a crowd back then at the city’s Museum of Memory and Tolerance that “I have come here to bring world peace.”

Visitors to the exhibit can place stamps calling for peace on maps of Mexico or the world. Since 2006, Mexico has been awash in drug-fueled violence that has left more than 100,000 people dead or missing.

Museum-goers can also try to put back together broken plates. Audience participation is key: One exhibit features a white telephone at the center of a labyrinth that Ono will call.

Other parts of the exhibit describe the effects of violence against women.

Ono is the widow of Beatle musician John Lennon, among whose most famous compositions was “Give Peace a Chance.”