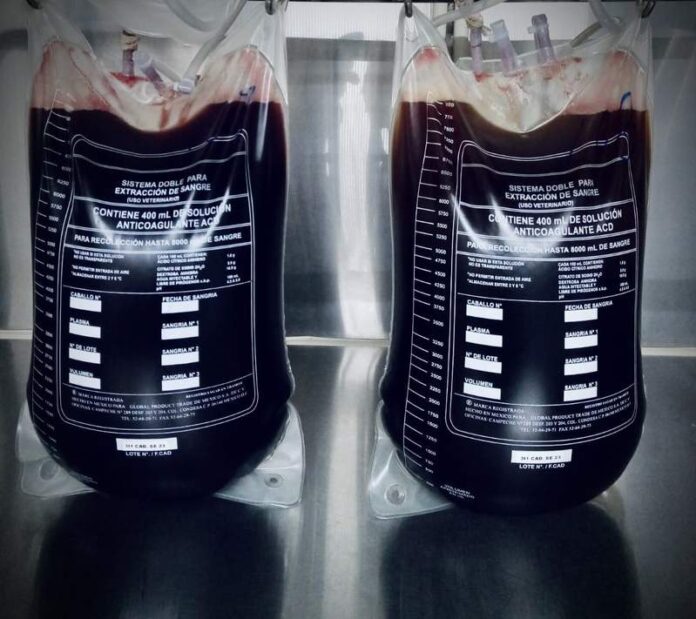 MEXICO. – A serum with antibodies against Covid made from horse blood is the new weapon that could help Mexicans survive an infection by this viral disease, according to the Mexican state company Birmex.

According to the publication on Twitter: “Máximo and Cayetano are the leading horses that gave excellent results for the first hyperimmune Vs # SARSCoV2 sera. Both mammals are in optimal condition ”.

The inoculation of horses allowed obtaining an antigen prepared at the Institute of Biotechnology (IBT) of the National Autonomous University of Mexico (UNAM), for the preparation of serum for anti-SARS-CoV-2 treatment, according to a statement.

This technology had already been used before to create hyperimmune sera of equine origin for infectious diseases such as rabies, chickenpox, hepatitis, or tetanus, and they act through passive immunization, which consists of administering antibodies to a sick patient to mitigate their spread.

The difference between the antibodies in this type of treatment and those found in vaccines is that while vaccination seeks for a person to preventively generate their own antibodies, the serum introduces them from outside to act on an already infected patient.

This hyperimmune serum against SARS CoV-2 can be applied to patients with moderate or severe COVID-19 and thus block the ability of the virus to replicate in human cells, which contributes to breaking the cycle of infection and possible complications of the illness.

Antibodies are harvested from equine blood plasma and are subjected to purification, concentration, packaging, and lyophilization processes. Finally, the serum obtained will be distributed to hospitals for application to people affected by COVID-19.

According to a statement, they expect to have the first batch in December for preclinical testing; and the following batches will be ready in 2022 for the first human trials.

The Mexican authorities also assured that all procedures follow the principles of respect for the welfare of animals, so they receive dignified care and treatment, according to the state-owned company.

The horses raised on a Mexican military ranch are of the Santa Gertrudis autochthonous breed, registered with the United Nations (UN), which developed after several generations of crossbreeding between equines, the latter being the type of animal with pure blood that meets the appropriate specifications for plasma production. There is still no date to start applying it massively among Mexicans.

A similar equine serum was developed last January in Argentina, where it has already been distributed to covid-19 patients, which showed a 45% reduction in mortality, and a 24% reduction in the days required for intensive therapy, according to the study. clinical.

Birmex boasted of its “extensive experience in the production of hyperimmune serums of equine origin”, which for now are used in treatments for ailments such as poisonings from snakebites or scorpion stings.

The Mexican government has set itself the goal of having a national production of medicines and vaccines against covid-19.

The state company produced a test batch of the Russian Sputnik V drug last July, while private companies package the Chinese CanSino vaccine and the British AstraZeneca vaccine in Mexico.