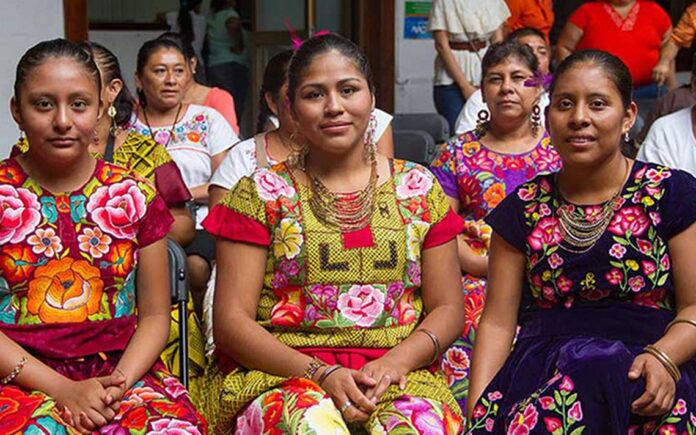 The Nahuatl is the language spoken by most people of central Mexico at the time of the Spanish conquest. Even today more than a million Nahuas speak it. It was the language of the powerful Aztecs, whose culture dominated the region for centuries. Because Nahuatl was written using Spanish spelling beginning in the 16th century, it is easy to trace words created in subsequent centuries, words that describe New World plants, animals, and foods.

Cacao came from the Nahuatl word cacahuatl and was used by the conqueror Hernán Cortés, who introduced chocolate to Europe in 1519 after his visit to the court of the Aztec king Moctezuma II, where he was served a bitter cocoa drink. Cocoa initially referred to parts of the plant: the seed, the pod, the bean, and the tree itself. Nowadays it usually refers to the dried seeds of the cacao plant.

Coyote originated from the Nahuatl word coyōtl in the mid-18th century. The canine animal is native to North America, and before that time, many Europeans simply called them wolves; he is sometimes described as a wild dog or called a prairie wolf. It is a distinct species and is smaller than a wolf, but they are so closely related to other canines that confusion sometimes occurs.

Avocado came from the Nahuatl word āhuacatl and was first used in the late 17th century. In turn, this fruit was known as the crocodile pear, due to its particular shape. 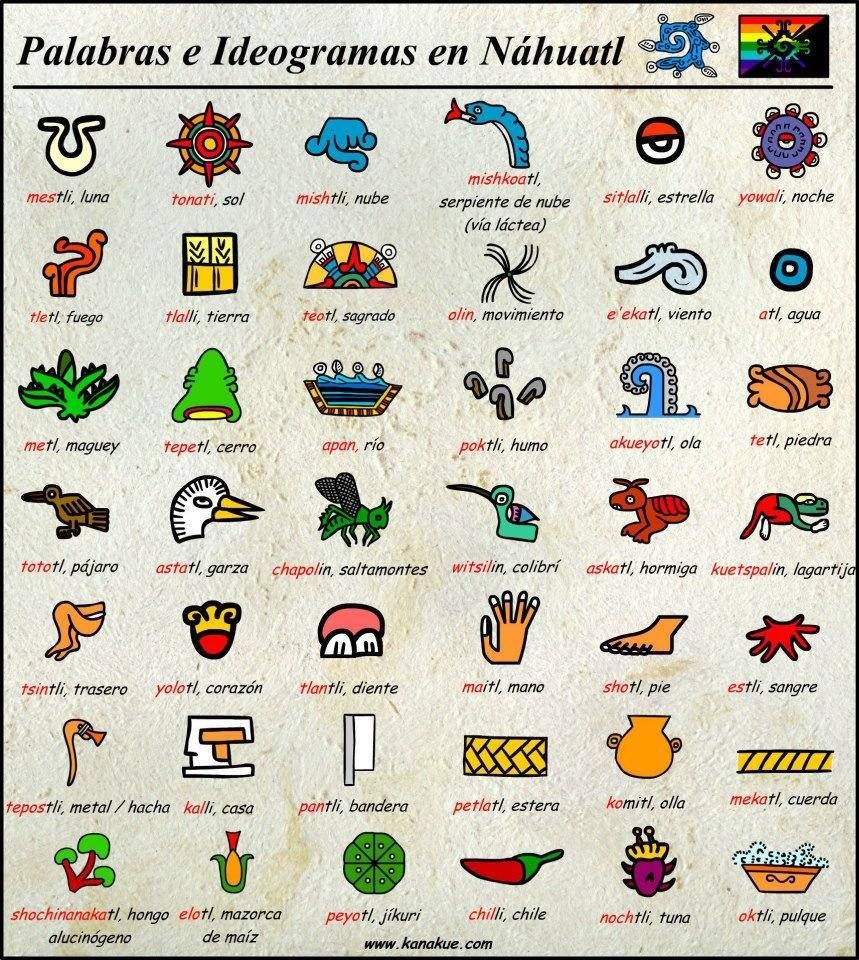 People who love Italian food with red sauce will be surprised to learn that tomato is a New World fruit. And yes, it is a fruit. In fact, the definition of tomato lists the part we eat as a “berry,” which may come as a surprise. Tomato came from the Nahuatl word tomatl.

The chili comes directly from the Nahuatl word chīlli, which means “hot pepper.” The word has common variants such as chilli and chile and entered from English to Spanish in the mid-17th century. The reason we call these fruits that are native to America “peppers” is that their spiciness resembled that of black pepper made from ground and dried peppercorns imported to Europe from India since Roman times. We can also associate chili peppers with Asian cuisine, but it was Portuguese traders who brought the plants east as part of the 16th century spice trade.

An ocelot is a small jaguar native to America, which can be found from southern Texas to northern Argentina. Slightly larger than a house cat and about the size of a lynx, it has distinctive dots and stripes on its fur like those of a jaguar. Appropriately, its name comes from the Nahuatl word ōcēlōtl. In this case, the word went from Spanish to French before reaching English.

This salamander is distinguished by retaining external gills and a fin on its back until adulthood – traits that look more like an adult fish than an amphibian – and because it has small legs, it looks like a walking fish. Today it is an endangered species, but it was often consumed as a delicacy in Mexico since Aztec times.

One of the most important words in the life of any Latina is “woman.” It’s great learning how to say this powerful and strong word in Nahuatl. The term is “siwatl”, also spelled as “cihuatl”, and is also used to describe a wife / girlfriend, woman, girl, and uterus. Now go and say “siwatl / cihuatl”, with pride!

When learning words in another language, there are a number of them that you must learn first. The words that you use the most, that mean the most, and that represent important things in your life. In this case, the word “mother” in Nahuatl is “mantli.” 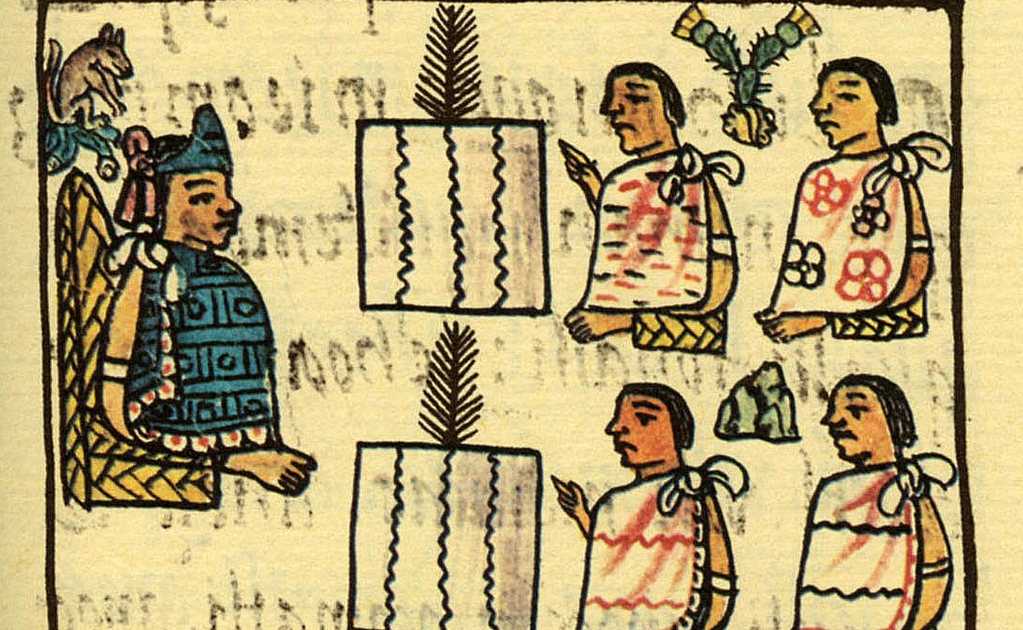 You already know how to say “mama” in Nahuatl, but as TLC once said, “what about your friends?” Surprise your best friend by calling her “friend” in the Aztec / Nahua language: ikniutli.

The word comes from the Nahuatl name mizquitl. They are small thorny trees or shrubs of the genus Prosopis that have flowers in axillary cylindrical spikes followed by large sugar-rich pods. The boardwalk at Anzalduas Park has become a hot spot for crossings and photo opportunities under palm trees and mesquite.

The word comes from the Nahuatl name tamalli. It is a cornmeal and corn dough stuffed with a meat mixture, then wrapped in corn husks and steamed. For a truly local Mexican version, Donna’s Tamales makes vegetarian enchiladas, breakfast burritos, and tamales in flavors like smoked cheddar, black beans, and yams.

Mexico comes from mexihco, the name of the Aztec capital. It is a republic located in the south of North America and its flag has green, white and red stripes.

The word Azteca comes from Aztecatl, which means “from Aztlán”, which was the place of origin of the legends. He was a member of the Nahuatl people who established an empire in Mexico, and was later overthrown by Cortés in 1519.

It was an Aztec deity represented as a feathered serpent. Quetzalcoatl was described by Mexicans as tall, with a fair complexion, long dark hair, and a loose beard. The word comes from quetzalli, the name of a regional bird (which literally means “tail feather”) and coatl, “snake.”

It is a container or vessel that was made with a dried coconut or a pumpkin. Now used to represent any plastic container.

The meaning in Spanish is that of a provisional market for any merchandise: clothing market, food market, etc.

It is a small, very thin, hollow tube for drinking liquids.

There are many meanings of the word, but the most common for a person who is a friend.

It is a vegetable fiber that is used to wash kitchen utensils or to bathe.

In Nahuatl the word Toca is used to determine that we are covered or stained with impure substances.

The summer months are just around the corner and with them come the warmer temperatures. You can convey that you feel heated, in Nahuatl, by saying “tlatotoniya.”

In Nahuatl the word Kuautik is used to indicate that a person, an object or a place is of great stature, or greater than something else.

In Nahuatl the word Amotlakpak is used to determine that a person, an object or a place is shorter than another.

In Nahuatl the word Achikauak or Kuanakki is used to indicate that an object or a person is fragile, defenseless or does not possess great power or strength.

In Nahuatl the word Kokoxki is used for when a person or an animal is not in optimal health conditions.

In Nahuatl the word Amokualnesi is used when something does not seem beautiful to the eye, does not taste good or is simply not to the liking of a person.

In Nahuatl the word Chikauak is used to indicate that a person or an object has great strength and can face problems with ease.

In Nahuatl the word Tomauak is used to determine that a person or an animal is overweight.

In Nahuatl the word Mimatki is used to indicate that a person is sincere, humble and can be trusted without problems.

MAGICAL MEXICO, STUDY REVEALS THAT WE ARE THE MOST ATTRACTIVE COUNTRY IN THE WORLD FOR EXPATRIATES

Myth and Reality: How much do I need to earn to be middle class in Mexico?