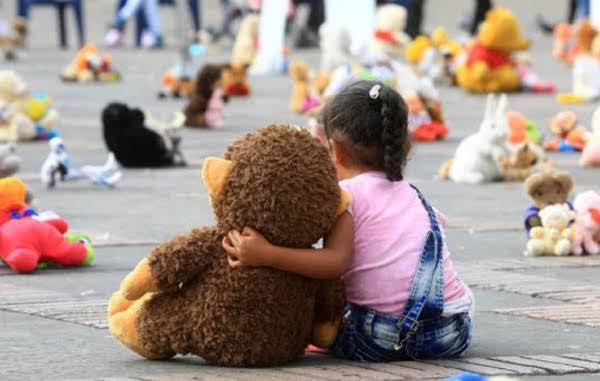 In Mexico, 4.6 children and adolescents disappear daily throughout the country, according to Tania Ramírez, director of the Network for the Rights of the Child in Mexico.

He asserted that there is a systematized criminal pattern that starts from the war against drug trafficking that began with the government of Felipe Calderón and that continued with Enrique Peña Nieto, is a fact that also impacts minors.

According to the information provided by the organization during the Childhood and Disappearances forum, he said that it is from the age of 12 that the disappearance of minors increases substantially since 3 out of 4 cases are older than that age. He explained that the number of cases went from 276 at 12 years to 1,576 at 16 years. This shows that 11,368 of the 15,196 children and adolescents currently reported, that is, 3 out of every 4 missing minors.

He explained that from the war against drug trafficking, with Felipe Calderon, there was a drastic spike in the disappearance of children and adolescents: between 1964 and 2005 there were 154; 2 thousand 308 between 2007 and 2012, and the peak was reached with the government of Enrique Peña Nieto, with 6 thousand 160 between 2013 and 2018

Ramírez mentioned that one out of every five missing children and adolescents is registered in the state of Mexico (3 thousand 476 of the 15 thousand 196 that are in the updated report); one in 10 disappear in Tamaulipas, while 7.5 percent of the total occurred in Jalisco. This is, according to Redim, 40 percent of the total disappearances of minors were registered in these three entities.

According to the Redim, fortunately in the case of minors, 80.5 percent of the disappeared are located and only one out of every 100 is found dead.

To translate video from a foreign language:

Earthquakes in Mexico, live | Latest news, affected states and magnitude of the earthquake