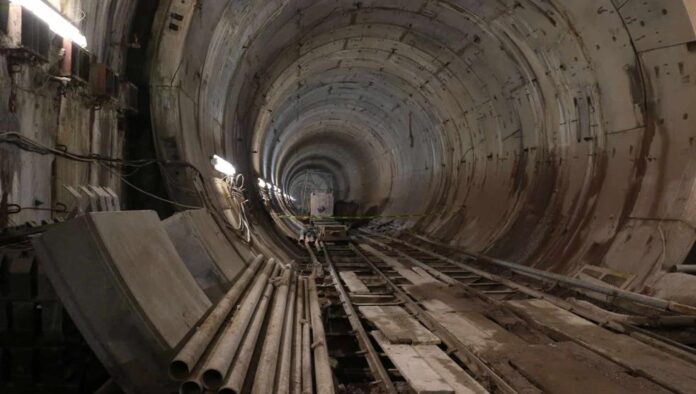 Rainwater flowing from Mexico City’s eastern outflow tunnel (TEO) acted as an accelerator for the rising waters in Hidalgo state’s Mezquital Valley last week, triggering flooding that killed at least 16 people and impacting 70,000, according to a state official.

TEO came into operations in 2019 after 11 years of construction as a means of preventing flooding in the Valley of Mexico, containing much of Mexico City and the state of Mexico.

“With the entry of TEO’s operations, we are now receiving 20% more flow,” said Heber Eleazar Saucedo Rojas, the Hidalgo director at federal water authority Conagua, in an interview with Mexican news outlet Milenio, with much of the excess water pouring into the Tula river system.

Images of city-wide inundations filled local television news starting September 7 after heavy rains hit central Mexico for several days, in particular those of Tula’s main public hospital, which lost power in the flash flooding and leading to the deaths of some of its COVID-19 patients on respirators.

The rains were not abnormal for the season, according to national weather service (SMN) director Alejandra Méndez Girón, who said: “These are normal rains … we have three months of rain and the soil is saturating.”

The Tula river overflowed because it is not large enough to take on the additional wastewater outflow coming from TEO, with the Requena dam also overflowing last week, said Saucedo.

“At the most difficult moment, we had approximately 220m3/s [cubic meters per second] flowing from the tunnels [TEO and central tunnel TEC],” he said. “Here … in the municipality of Atotonilco de Tula, we had between 400m3/s and 450m3/s.”

Saucedo said the Tula river’s max flow capacity is 250m3/s and that the Requena had reached 135% of its capacity during the rains.

In addition to the outflow from TEO at 150m3/s, the river also saw pre-existing TEC outflow, at around 100m3/s, and inflow from the El Salto river, a large contributor of sewage to the Tula river.

The problem might have been significantly reduced had works to straighten and line areas of the river been completed, according to Saucedo.

Conagua, he said, had begun these works to increase the Tula river’s capacity to between 500m3/s and 600m3/s, but they were suspended in 2019 after a court injunction due to a complaint filed by nearby residents over the destruction of old-growth trees.

The works were to take place along 19.5km of the river, but only partial work was completed for about four kilometers in the river’s lower part, according to Saucedo. “To avoid these floods, state and federal governments will have to join forces to revive the project.”