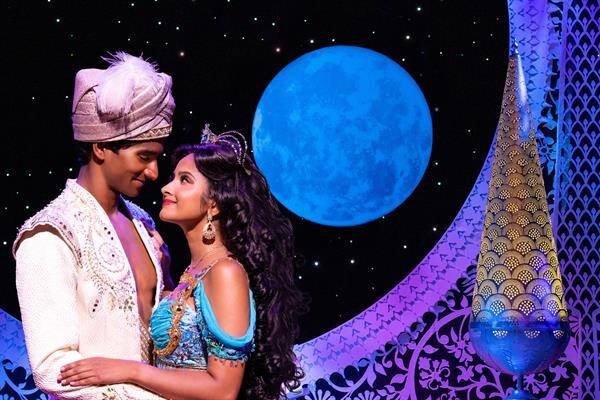 After a hiatus, the big theatrical productions return.

The Broadway production will arrive in our country for the first time. The play is based on the animated film of the same name that won two Oscars in the categories of Best Soundtrack and Best Original Song, “A Whole New World.  “

Aladdin’s journey plunges audiences into an exotic world of daring adventure, classic comedy, and a timeless romance. This new production has a complete score, including the five most appreciated songs from the Academy Award-winning soundtrack and more written especially for this production.

The first time this staging was presented was in 2014 and since its premiere, it has become one of the biggest box office successes in recent years. It broke 14 records in that theater grossing more than a billion dollars and has been seen by more than 10 million people globally, with additional productions in London, Germany, Japan, Australia, touring North America and the Netherlands.

The choice of the cast took more than two years to materialize and as a result, we can see the Mexican who has triumphed on Broadway Rodney Ingram as Aladdin, Irma Flores as Jasmine and Juampi as the Genius.

Disney’s Aladdin will arrive at the Telcel Theater starting November 17, offering Mexican families the highest quality live entertainment. Tickets will be available for advance sale Banorte from October 11 to 14, as well as in general sale from October 15 on Ticketmaster.