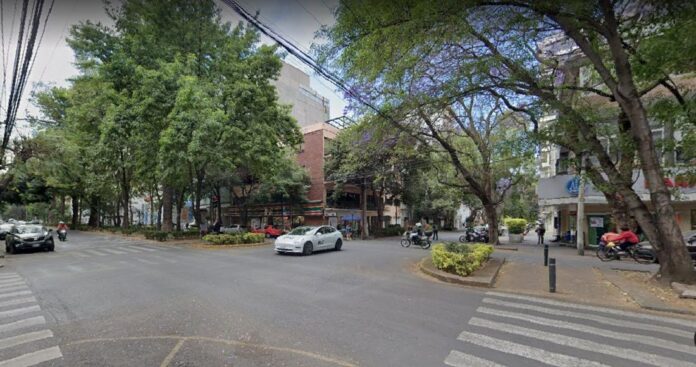 “If you dont pay us, and they steal something, do not complain”, is the warning that the vehicle caretakers givers do to drivers who do not want to pay the 150 pesos that they are required to park their vehicles on the streets of Polanco.

Mexico City, September 26.- Car caretakers that are located the round of the Forest of Chapultepec in Mexico City, charge up to 150 pesos by letting drivers park their cars on the street and denounced through social networks.

Through his Twitter account, the reporter Carlos Jiménez showed that, with threats, the so-called franeleros demand that amount from motorists, and then move the vehicles of those who accept to the streets of the La Voz de Polanco organization.

“If you do not pay us, and they steal something, do not complain”, is the warning that the caregivers tell drivers who do not want to pay the fee they are required, so all those affected were urged to report the situation before the Secretariat of Citizen Security (SSC) of the capital.

In January 2020, a cyclist reported through a video that a  man verbally assaulted her after asking her companion not to park on the bike lane located in the Anáhuac I neighborhood of the Miguel Hidalgo Mayor’s Office.

Through a video, a cyclist shared that when she showed her mistake to a woman who had left her car parked on a bicycle lane and tried to explain why that was a mistake, the driver’s companion confronts the cyclist to tell her that she “is frustrated.”

“This attitude is of people who are very frustrated… you are frustrated, it is not the way. Take out your hatred against men, against women in another way. Seek to be happy, in a good mood, there are very good books, don’t have that attitude and if the exercise of the bike is not working for you, look for something else ”, the man recommended to the woman who asked to respect the bike lane.

In addition, the subject told her that because of this attitude her husband left her and recommends that she do readings to change.

In the end, the recording shows that the traffic police apply a fine to the driver because in the Mexico City Traffic regulations, invading the confined lanes, bicycle lanes, or Metrobús leads to a fine of between 1,399 pesos and 2 thousand 98 pesos, a remission of the vehicle to the warehouse and three penalty points in the license.