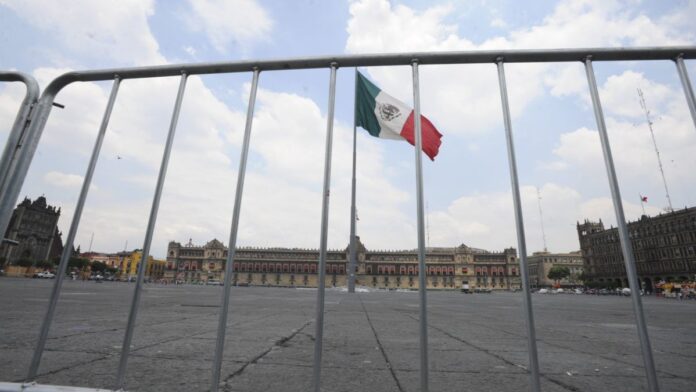 The center of CDMX woke up sheltered by the marches planned for this Tuesday towards the capital’s Zócalo. Photo: Cuartoscuro / Archive

This September 28, the center of Mexico City (CDMX) woke up protected by metal fences before the call of feminist groups to a march towards the capital’s Zócalo for the global day of action for access to legal, safe and free abortion.

Since the early hours of this Tuesday, Paseo de la Reforma, Avenida Juárez, Eje Central, and Calle 5 de Mayo were secured in order to avoid vandalism during the marches in which participants are expected to arrive through these roads in the concentration of this day.

As is already known, the protesters have requested only the presence of women, those who physically attend the marches towards the Zócalo of the CDMX, they have also invited a “virtual handkerchief” on social networks under the hashtags # 28S #AbortoLegal and # PañuelazoVirtual.

In addition to the marches to the Zócalo in CDMX, other states that have also been summoned are the State of Mexico, Hidalgo, and Puebla.

The authorities of the Mexican capital ask that the central area of ​​CDMX be avoided due to the social concentrations that are expected for this Tuesday, September 28.