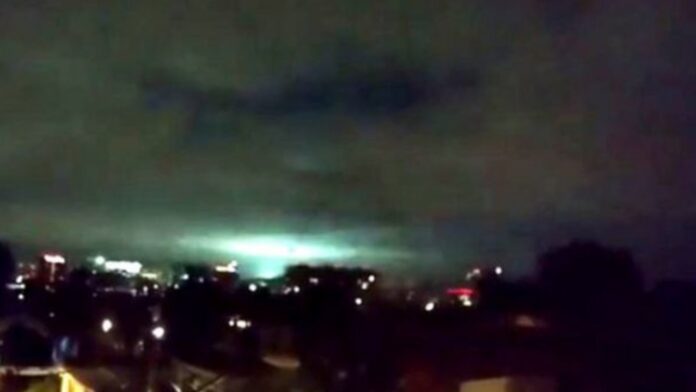 Experts say these bursts of light are linked to the energy released during the tremor.

A 7.1 magnitude earthquake shook central Mexico on Tuesday night, leaving at least one person dead and significant damage in Acapulco, in Guerrero State. But the earthquake also roused terror for another reason: huge flashes of blue light in the sky known as “earthquake lights.” Experts interviewed by this newspaper say the phenomenon is caused by the release of energy before, during, and after the tremor, and the flashes can be triggered by seismic activity and volcanic eruptions.

”The interaction between motion on the ground and the atmosphere is real,” said Víctor Manuel Cruz, a seismologist at the Institute of Geophysics of the National Autonomous University of Mexico (UNAM). “Records show that an earthquake can produce dynamic disturbances and electromagnetic signals,” he added.

In the middle of the rainy night, many confused the flashes for lightning or electrical system failures. Although science has not offered a conclusive explanation for this phenomenon, most cite the release of energy during an earthquake. This might be linked to a phenomenon known as triboluminescence, where materials release light when they are rubbed, stretched, or otherwise manipulated.

When a seismic wave hits the ground, the friction generated in some rock types such as basalt can cause electrical currents on its surface, which are then forcefully expelled. At that moment, the light show in the sky appears. The range of colors is not only limited to blue but also violet and white, just like electrical currents, historical records show. Specialists say that these lights, just like the production of water vapor in certain areas of the Earth’s surface, can be one way of predicting an earthquake week in advance.

This latest quake on September 7 occurred at the limit of what is known as the seismic gap of Guerrero. Could another quake happen on September 19? “The probability of two earthquakes occurring on the same day with a magnitude greater than 7 is very unlikely,” Cruz said, “but it can happen, as we have already seen.” In 2017, EL PAÍS published a study calculating the probability – or rather, improbability – of experiencing a similar earthquake on another September 19. The result yielded a one in 74 chance. History, unfortunately, sometimes repeats itself.