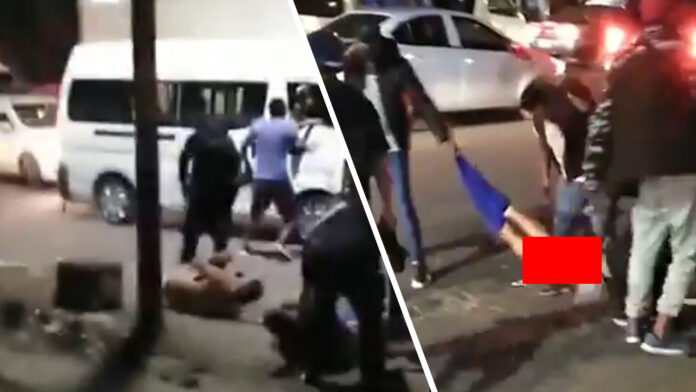 Two alleged thieves took the beating of their lives on Sunday night, after being detained by public transport passengers on the Mexico-Texcoco highway.

The criminals had assaulted users of a van minutes before when it was circulating near the municipality of Los Reyes La Paz.

However, during the robbery, they were subjected and beaten on several occasions by some pedestrians who noticed the incident and threw them to the pavement.

“Camera, spank him so he can learn,” a man is heard saying, who in the company of approximately 10 people subdue the subjects and beat them.

Some users kick and others drag one of the detainees for several meters until they are without pants.

Although two state police officers were at the scene, the anger of the users surpassed the agents who tried to protect them.

In the end, both subjects were transferred to the Public Ministry agency where an investigation file was started against them.