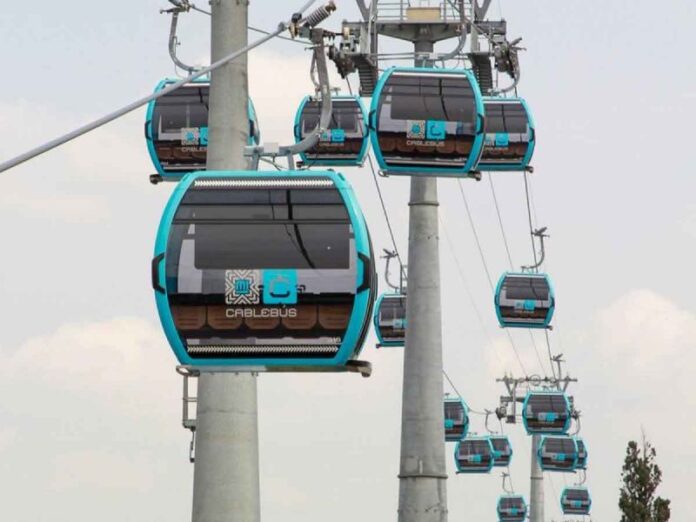 They review why the emergency power plants did not turn on, which left dozens of passengers suspended

MEXICO CITY. Leitner, the operator of Line 2 of Cablebús could receive a sanction due to the suspension of the service for about 40 minutes due to lack of electricity after the earthquake on Tuesday night, as a result of which dozens of users were suspended in the cabins.

The head of Government, Claudia Sheinbaum, indicated that a review is being carried out to find out why the emergency electricity generating plants did not come into operation.

Where the loading of the stations is operated they have an emergency plant; In this case, the emergency plant did not come into operation until a later time and we are reviewing exactly what happened. It was only on one section of Line 2; we are reviewing exactly what happened and, in any case, the sanction to companies, “he said.

Last August 5, three days before its inauguration, authorities of the Government of Mexico City and representatives of the companies took a tour to show the transport security systems that provide service from Constitución de 1917 to Santa Marta. That day it was reported that the line had a double transformer and a double diesel backup group.

Yesterday, Sheinbaum highlighted the attitude of Cablebus users during the suspension of the service.

We were there attentive, the Secretary of Works was there to run an Emergency Plant, if necessary, with the firefighters and others, if it had been necessary.

Those who were in the booths had a difficult time and therefore our gratitude for having behaved the way they did.

All protocols are being reviewed because they all have to have an emergency plant that operates with diesel, which took about 40 minutes to start operating, “he said.

The head of government recalled that Leitner will hand over the operation of Cablebús Line 2 to the city government in one year.

In 2017, due to the earthquake registered on September 19 of magnitude 7.1, the then head of the Ministry of Health, Armando Ahued, determined the eviction of the Xocongo 225 building, in the Tránsito neighborhood, where more than 1,500 were working. employees.

Since that date, the building, located on an area of ​​3,728 square meters, seven stories high, has been unoccupied and in evident deterioration.

A year ago, after the earthquake on June 23, civil protection personnel from the Cuauhtémoc mayor’s office pointed out that the property was high risk due to the inclination it presented, however, the neighbors say that to date no authority has told them if it will be intervened or demolished.

With the earthquake (Tuesday) some pieces fell off the wall; It will fall apart or with a stronger tremor everything will fall and we may come here and the truth is we are very afraid, “said Guadalupe, who lives in the Clavijero 25 housing unit, behind the building.

Regarding the property, the head of government, Claudia Sheinbaum, said that her situation will be reviewed and also referred to the building that houses the Ministry of Labor in San Antonio Abad 32, which, she said, presents some damage, although she did not specify which ones.

In fact, that property, a good part of the people who worked in that property moved to the new property where the Ministry of Health is now; and it is going to be revised, obviously. Also, in the case of the Ministry of Labor, the building where they are occupying also had some damage that is being reviewed, too, to see if it is structural or is simply something superficial that can be solved very quickly, “he said.

The Xocongo 225 building, in the Tránsito neighborhood, has had obvious damage since the 2017 earthquake. Photo: Wendy Roa