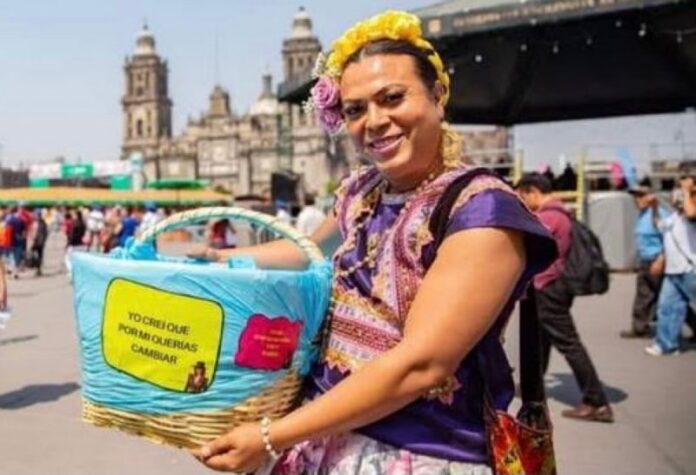 Lady Tacos de Canasta is in the eye of the hurricane after she announced that she will no longer sell in a Narvarte restaurant, as they assure that the influencer wanted 200 thousand pesos a month!

It turns out that Marven made it known that the agreements he had with this food place were not fulfilled, so he broke all kinds of employment relationships and denounced that  “his rights were violated .”

However, the restaurant issued a statement in which it assured that Lady Tacos de Canasta stipulated an extremely large amount of money to continue collaborating in the place.

Through social networks, Lady Tacos de Canasta explained that the alliance she had with this restaurant was not carried out in the way she would have liked, because they did not even let her “act” as she wanted.

One of the many reasons why he decided to put an end to this employment relationship and will stop selling his rich, delicious, and succulent taquitos in Narvarte, as he assured that there have been ” many problems “.

“All the people who come to visit us who come from many parts of the world deserve the best attention, the best treatment, the best taste in their mouth (…) It has been a battle in labor matters, in service matters, in cleaning matters. . In the whole system that complicates a restaurant ”.

For what he preferred, take care of the name of Lady Tacos de Canasta so that his image would not be affected in any way.

“For image reasons, for reasons of caring for the name, we have decided to end this alliance. No longer serve this alliance that had been made. The good thing about all this is that you will be able to find me at the branch of the Historic Center, there I will be with you to assist you (…) It is not fair for me to abuse, it is a form of defense “.

Does the restaurant apologize?

After the controversial statements by Lay Tacos de Canasta, the Narvarte restaurant did not sit idly by and issued an “apology” where it made public a draft of the contract that is presented, according to the influencer.

Which stipulates that the restaurant had to pay 200 thousand pesos each month and if they were late they would have to pay 2,500 more each day.

“Usharu (the restaurant) publicly apologizes to Juan Francisco Martinez Ventura ‘Lady Tacos De Canasta’ for not being able to cover the fee of 200 thousand pesos per month to be able to market their tacos de canasta, this amount was requested through the draft today, July 1 2021 ?,  reported via Facebook.

So far both Lady Tacos de Canasta and the restaurant gave different versions, however, the only thing they agreed on is that it will no longer sell in that restaurant.