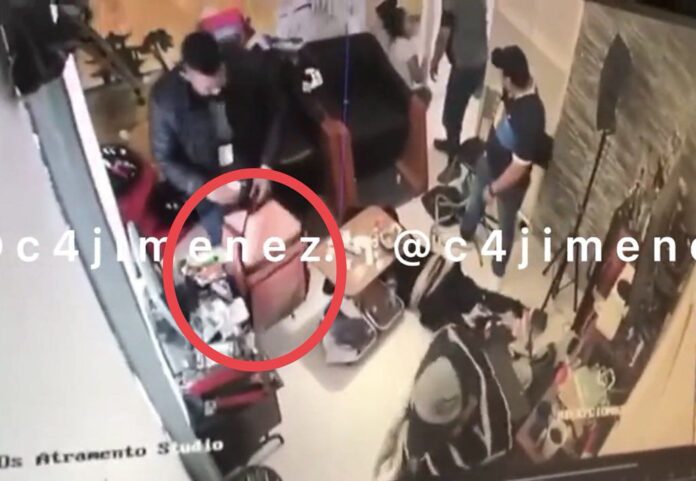 Alleged agents of the Attorney General’s Office (FGR) were caught on video stealing a shipment of cocaine from a warehouse in Mexico City.

The foregoing was detailed by journalist Carlos Jiménez, who assured that the agents belong to the FGR’s Criminal Investigation Agency.

In the recording, the agents can be seen threatening people and taking without any impediment approximately 20 kilos of cocaine, which were in a warehouse of the Cuauhtémoc mayor’s office.

The elements of the FGR stored the drugs in a backpack and fled immediately.

According to Jiménez, during his escape, the agents kidnapped a man who was at the scene, who has not yet been found by the authorities.

So far, the Attorney General’s Office has not given a position on this recording.