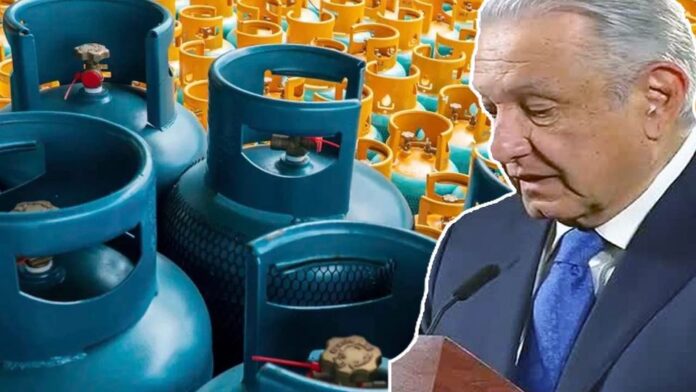 Gas Bienestar plans to sell and fill 44 thousand 20-kilogram LP gas tanks in Mexico City and the State of Mexico.

Gas Bienestar, A company created by Petróleos Mexicanos (Pemex), will install six LP gas distribution plants in Mexico City, the State of Mexico, and Hidalgo to enter and compete in the sale of staple fuel to private companies and commission agents.

In all the LP gas distribution plants planned by Pemex, approximately 44 thousand daily tanks of 20 kilograms of portable Welfare Gas will be filled under pressure on a daily basis.

The Gas del Bienestar terminals of Mexico City and the State of Mexico will have eight storage tanks, where 8 thousand barrels of capacity each will be stored, as well as a carousel for filling portable containers, according to information held by Forbes Mexico.

Octavio Romero Oropeza, director of Pemex, explained that the distribution terminals of Tula de Allende and Tepeji del Río will fill more than 4,800 cylinders per day.

This means that they will have the Bienestar Tula Gas Plant and the Bienestar Tepejí del Río Plant that has two storage tanks with a capacity of 2,000 barrels of LP gas.

It adds that the 9 distribution terminals of private companies are located in the Álvaro Obregón, Azcapotzalco, Gustavo A. Madero, Miguel Hidalgo, and Tláhuac mayors, as well as 10 distribution plants in Ecatepec and another 9 in Tlalnepantla.

The plan of Petróleos Mexicanos is for its gasoline and diesel storage and distribution terminals to house the new Gas del Bienestar distribution plants.

For example, one of the LP gas distribution plants is built in the Tepeji del Río industrial park and another in the El Llano Segunda Sección neighborhood in the municipality of Tula de Allende, Hidalgo. From there, the Mexican oil company also supplies and sells fuel for service stations.

The March 18 Storage and Distribution Terminal (TAR 18 de Marzo) located in the Miguel Hidalgo mayor’s office, will have another LP gas distribution plant of Gas del Bienestar with two storage tanks with a capacity of 1,000 barrels each and a carousel of filling of portable containers.

The March 18 TAR was inaugurated on November 29, 1994, and began operations on September 16, 1996. This terminal was supplied with Pemex Magna and Pemex Premium gasoline, as well as diesel (Pemex Diesel) and jet fuel (Pemex Turbosina). That terminal had 15 storage tanks.

The Indigo Storage Terminal (TAR Añil), which is in the Iztacalco mayor’s office, will house two storage tanks with a capacity of 1,000 barrels each and a carousel for filling portable Bienestar Gas containers.

The TAR Indigo was inaugurated on February 24, 1967, has an area of ​​135 thousand 748 square meters and the fuel it receives comes from the 18 de Marzo-Indigo pipelines. The products that are marketed in this work center are Pemex Magna, Pemex Diesel and Pemex Premium. That terminal has five fuel storage tanks.

The Indigo Storage Terminal (TAR Barranca del Muerto), located in will have two storage tanks of 1,000 barrels capacity each, as well as a carousel for filling portable Bienestar Gas containers.

The Barranca del Muerto TAR was inaugurated on July 5, 1968, as a modernization scheme of the government of Gustavo Díaz Ordaz to guarantee the distribution of hydrocarbons to the south of Mexico City.

The Barranca del Muerto TAR has an area of ​​111,231 square meters and the products that are marketed are Pemex Premium, Pemex Magna and Pemex Diesel. It has 4 storage tanks.

The North Satellite Storage and Distribution Terminal (TAR San Juan Ixhuatepec) will have two storage tanks of 1,000 barrels capacity each, as well as a carousel for filling portable Gas del Bienestar containers.

The T AR San Juan Ixhuatepec began operations on April 24, 1991, within the industrial zone of La Presa in the State of Mexico. Its strategic location allows timely supply to the entire northern area of ​​the Valley of Mexico.

TAR San Juan Ixhuatepec has a total area of ​​109 thousand square meters and a constructed area of ​​35 thousand square meters. There, fuel is received from the Tula Refinery through the Tula-Azcapotzalco pipeline. The products that are marketed in this work center are Pemex Premium, Pemex Magna and Pemex Diesel. It has 3 tanks with a storage capacity of 545 thousand barrels of fuel.