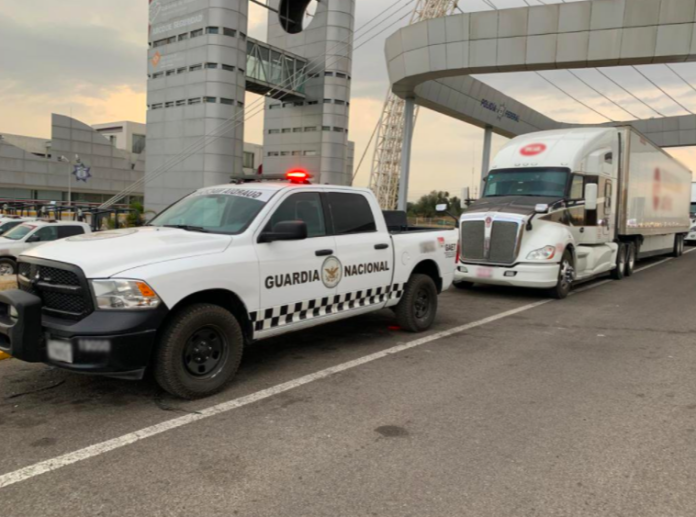 The Chamber of the Transformation Industry (Caintra) Nuevo León assures that the extortion of the transit, state, and municipal police officers of the National Guard is one of the main problems that affect transporters when they pass through the State of Mexico and Mexico City.

“Approximately 38% of the companies that use cargo trucking were victims of some extortion during 2020, while in 2019 it was only 28%,” reveals a survey of cargo theft to companies in Nuevo León conducted by Caintra in 2020.

The industrialists of Nuevo León affirm that the survey makes it clear that the problem of extortion to carriers is far from being reduced since it is going in the opposite direction and growing in the middle of the Covid-19 pandemic.

A little more than 90% of the country’s domestic overland cargo moves through freight transportation, according to the Mexican Institute of Transportation (IMT).

The importance of this mode lies in its high level of accessibility to the most remote regions of the country and the versatility and flexibility of implementing door-to-door service in times of pandemic adds the IMT.

The public body says that almost all the goods in the country move through this mode of transport, and in a particular way, the food consumed by the population.

According to the Caintra survey, the entities where extortions occur are the State of Mexico and Mexico City, which were indicated by 36% of the transporters consulted with operations in the Mexican Republic.

“When they were asked to mention from whom they received the extortion: At least 67% responded that the Police or Municipal Transit was the main authority, followed by the National Guard with 44% of the mentions, as well as the State Police with 22% and cartels with 11% ”.

Trucking is vital for the fulfillment of commitments with the international value chain, in addition to the fundamental role they play in the movement of goods for citizens, he adds.

“We ask the authority to take actions to reduce the effects that may exist, ensuring its operation, security, and circulation throughout the national territory,” concluded Caintra.

How Mexico blew up the negotiation with the US