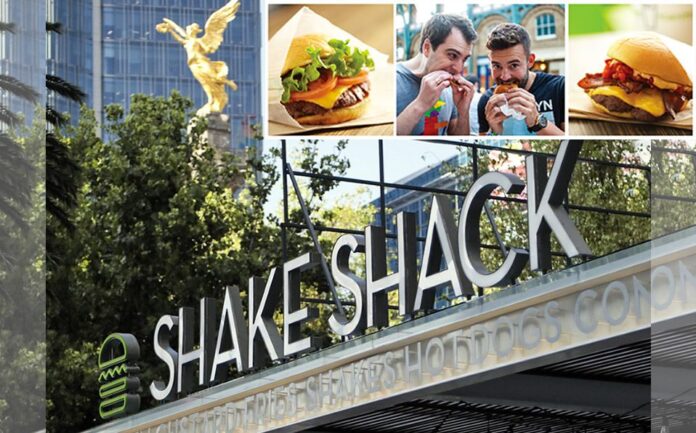 So you don’t get bored with the usual flavors.

Shake Shack came to Mexico to stay. Proof of this is that in less than three years it has made a revolution by settling in different parts of Mexico City, but its ambitions go much further: in 10 years the plan is to open 30 offices throughout the Mexican Republic, according to the CEO and now they are one step closer.

On July 21, a new headquarters will be inaugurated in the Del Valle neighborhood, with which this hamburger chain will have six restaurants between CDMX and the State of Mexico (Reforma, Satellite, Arcos Bosques, Coapa and Roma).

To celebrate this opening, Shake Shack will have a concrete made with chocolates from La Rifa Chocolatería. This is  Valle Del Chocolate, made with frozen chocolate custard mixed with pieces of chocolate, salted caramel sauce, and cone crumbles.

In addition, as is tradition, this exclusive concrete in addition to being delicious will support a good cause, since it will donate 5% of its sales to  Hogares Providencia, a civil association that protects and promotes the rights of children and young people in a situation of Street.

Ok, what about the drinks?

If you thought nothing could beat the tiramisu shake, you were wrong. Now they have one made from a mixture of frozen chocolate custard, marshmallow sauce, and chunks of graham cracker. It is an ode to gluttony and flavor, for lovers of desserts.

And to honor the season, from July 15 we can also find a mango lemonade in all branches. The traditional Shack-Style lemonade is now mixed with mango puree, it is vibrant and tropical, perfect to accompany your burger.

It’s definitely a good season for this burger chain and for our bellies. We already want to go to try all the novelties and, of course, if you still do not know them, here we leave you the hidden gems of Shake Shack México.

This branch will be dressed with a mural with some of the iconic places of the Roma neighborhood, by the Mexican illustrator Mar Maremoto , who is known for an art that invites self-questioning, diversity and self-love, in collaboration with the curator Ana Elena Mallet, founder and director of the Roma-Condesa Corridor from 2009 to 2019.

Shake Shack’s fifth location in Mexico debuts with the limited-time ShackMeister burger , made with crispy shallots marinated in beer, topped with ShackSauce and cheese on a 100% natural Angus patty. The idea is that as part of the launch, it will be available exclusively from April 14, before arriving at all branches in Mexico City on April 19.

But that’s not all,  Shake Shack presents its concrete – dense ice cream mixed at high speed with a topping – for Shack Roma. “Fuente de Cheesebeles” is a collaboration with the Lalo! Restaurant, it is a mixture of the house’s frozen vanilla custard with cheesecake with red fruit compote prepared by chef Eduardo Garcí. This delicious dessert is accompanied by a good intention, since 5% of the sales will be donated to the Cambia un Destino association, dedicated to improving the quality of life of abandoned dogs and cats.

In addition, another pleasant surprise will be the concrete “Open Sesame”, a collaboration recently integrated into the menu with the classic brownie from Niddo, a cafeteria in the Juárez neighborhood that reminds us that comfort food is the king of cuddling. And if you thought there would not be a new drink: hold on because you can also find the tiramisu shake, made with a mixture of mascarpone cheese, coffee, and frozen vanilla custard, Amoretti biscuit topping, and cocoa powder.

Mexico and Finland come together to extol traditional cuisine

HOP gives you a tour of Mexico through its beers

The history of Sonora Grill, from a small taqueria to a valued chain of premium cuts