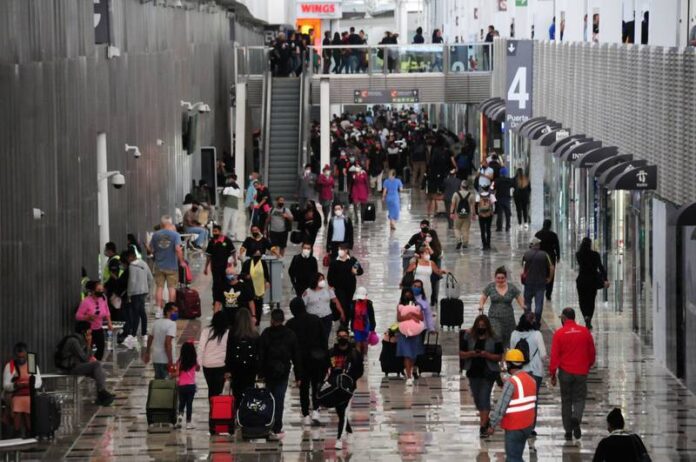 The AICM said the failures were due to an anomaly in the servers of an internet provider of the US Federal Aviation Administration.

The Mexico City International Airport (AICM) reported in its flight departure information system, effects due to delays in at least 165 trips that were to depart this Wednesday from the country’s main airport.

The AICM and the Ministry of Communications and Transportation (SCT) warned that the delays would have been caused by a failure in the Aeronautical Fixed Telecommunications Network (AFTN), which is the international network used to exchange information on the flight plans between Mexico and the United States.

The nation capital’s air port explained that the failures were due to an anomaly in the servers of an internet provider of the Federal Aviation Administration (FAA).

The AICM detailed that, due to the failures, the flight plans were registered and managed manually, by telephone; which means that airline controllers and pilots used their cellphones to exchange information such as license plates, type of aircraft, origin, destination, altitude, speed, as well as the path through which the aircraft will pass.

The failures extended throughout the afternoon of this Wednesday, for at least 12 hours, and caused delays in some operations, indicated the Ministry of Communications and Transportation (SCT).

This newspaper consulted Volaris and Aeroméxico about the failures and they signed what the authorities said without providing further details.

Although the Government indicated that, with a cut-off time of 11:30 a.m., only 22 flight delays had been registered, El Financiero carried out a review of the flights from 5:30 a.m., at which time it would have started, until 7 p.m. : 00 hours, in which more than 165 flights with delays were accumulated.

Navigation Services in the Mexican Air Space (Seneam) were consulted, an agency that indicated that only flights that have contracted the cargo and balance service with external parties were affected.

“The failure this morning is the transmission of flight plans from the United States, the impact is for the airlines that have contracted the cargo service,” Seneam told El Financiero.

Seneam indicated that there were no recorded, on Wednesday morning, “delays at the moment, all operations are being attended without major setbacks”, this despite the fact that the AICM flight log reported multiple delays to Dallas, San Antonio and, even to vacation destinations like Los Cabos and Cancun.

El Financiero requested information from the FAA but did not receive comments regarding the failures attributed by the Mexican government to the US authority.