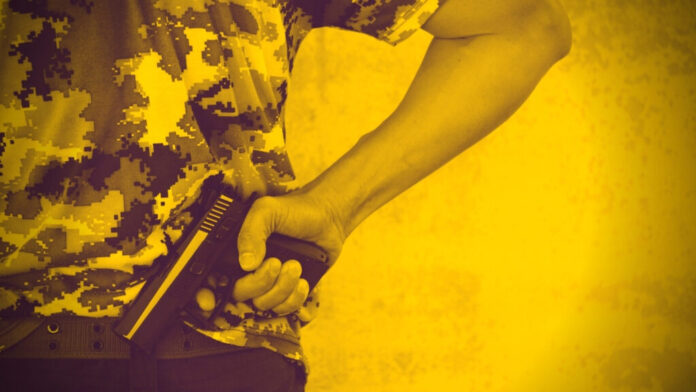 German companies are concerned about the violence and crime in Mexico.

Friedolin Strack, director of the Department of International Markets of the German Confederation of Industries (BDI), said that German companies are concerned about violence and crime because they are charged a flat fee to operate in different regions of the country.

“When we talk about organized crime we hear the comments of German companies in Mexico and some indicate that it is difficult for them that in certain places they are asked to pay floor fees,” the businessman commented during the Binational Boards Coparmex 2021, Mexico-Germany.

The country should be safe to do business, but it has been seen as an obstacle in the case of Mexico, said the business representative, who was invited by the Employers’ Confederation of the Republic to give the conference on Mexico-Germany Cooperation in the face of the challenges of the world agenda.

Mexico is a strategic partner for German industry due to its geographical location, as well as an important pillar for the foreign industrial sector settled in the national territory, he said.

Currently, more than 2,000 German companies operate in Mexico, which generates more than 300,000 jobs and has invested at least more than 20 billion euros in plants and factories.

“In the particular case of Mexico, I see the main concerns that exist in our German industries located in Mexico, organized crime, the lack of security in Mexico is the first concern,” he added.

The German businessman referred to data provided by the World Bank that reveals that 54% of those surveyed are concerned about the commission of crimes, crime, and violence.

Strack mentioned that in the current climate, companies are being more cautious about investment, although he said that the strengthening of the rule of law and the independence of the Central Bank are signs that German companies require and would be a great contribution to incentivize an investment still higher.

“We must not follow the voices that try to divide between the good and the bad and I am saying that we have to face the challenges together, work together and create alliances together. Other German speakers from the Wittenberg center and from Catholic businessmen, as you have already mentioned, have been in this regard. I believe that companies can contribute to future solutions ”, commented the representative of the German Confederation of Industries.

“We also understand that there are issues that concern them such as insecurity and that for there to be more foreign investment, greater security is required, and they are also concerned that there is polarization and that we have to work together rather than divided,” said José Mediana Mora Icaza, president of Coparmex.

The leader of the employers’ union made a brief historical review of the relationship between the two countries, its evolution over time and highlighted the strengthening not only commercial but also friendly that it has had in recent years thanks to common issues on the multilateral agenda in matters of Human Rights, migration, environment, education and culture and the maintenance of peace.

He pointed out that the coincidences and the common perspective facilitated the integration of concrete and productive work agenda for the entrepreneurs of both regions who met at the Binational Boards and pointed out that “we wanted to leave the possibility of doing a comprehensive review for this keynote conference. about the vision that Germany and the Mexican government have on the challenges facing the world, but, particularly, how cooperation between our countries can be key to overcoming them “.

Map of the “floor charge” in CDMX: where extortion by organized crime has been reported

In the capital, several merchants have denounced that they must pay criminals to work

Drug dealing, extortion and kidnapping are the main illegal activities with which the cartels operating in CDMX operate (PHOTO: ARMANDO MONROY / CUARTOSCURO)

The collection of floor rights it is already part of the “letter of introduction” of criminal groups in Mexico. According to the figures, the modality of this crime is evolving from being casual and parasitic, to another organized, very violent and seriously predatory of the economy of Mexico City.

The numbers from the Criminal Stoplight indicate that the crime of extortion has declined – in October there were nine complaints. This number, however, far from being good news, is evidence that the crimes stopped being reported by the victims. In the country, only one in ten extortion crimes committed are reported to the authorities, according to Inegi data.

In the last three months, mayors Cuauhtémoc, Azcapotzalco, Iztapalapa, Benito Juárez, Gustavo A. Madero and Álvaro Obregónaccumulated the largest number of complaints of this type of crime, according to the Criminal Stoplight.

The Historic Center of Mexico City is one of the areas most affected by the crime of extortion (Photo: Courtesy of the Attorney General’s Office of the CDMX)

The testimonies of those affected have identified the Jalisco New Generation Cartel as one of the main promoters of the collection of floor.

According to these, the quota for established businesses reaches 5,000 pesos for each linear meter. In addition, a floor fee of 1,000 pesos a week and another “contribution” of 10,000 so that the criminal organization headed by Nemesio Oseguera Cervantes, el “Mencho” , prevents mobile stalls from being placed in front of the establishments.

Security analysts such as Héctor de Mauleón warn that the Jalisco cartel is the new “owner” of the streets of Mexico City.

Some of the extortionist gangs that operate in Mexico City (Map: Infobae México / Jovani Pérez)

They move with impunity in the city, with armored luxury vans and do not hide, in addition, that they bring long weapons. Unlike their staunch rivals, Unión Tepito, who arrive on scooters.

The Secretary of Citizen Security, Omar García Harfuch, stated a few weeks ago that he does not see the CJNG as a threat to the country’s capital.

Also, in CDMX, local criminal groups have brought terror to the streets. According to various reports, these small cells operate under the name of the “four-letter cartel” to impose fear on businessmen, merchants, and street vendors. Some identified are Los Bryans from Barrio Negro —stablished in Iztapalapa and Tláhuac— and the criminal gang of La Güera , which operates mainly in the Tlalpan mayor’s office.

The extortion problem in CDMX grew during the previous capital administration. Then the Union Tepito, one of the main groups that generates violence in CDMX, lived its golden years, first with Jaime Vázquez, the “Ronco” , who collected the right to the floor in the Cuauhtémoc mayor’s office and then the “Chino” of whom they say, there was no mode of dialogue. Chino was detained in the past years The complainants admit that the Claudia Sheinbaum administration has had the political will to change this, which other governments did not.

However, the situation is the same for businesses in the Roma-Condesa areas.

Claudia Sheinbaum’s administration has had the political will to change the situation of violence in the country’s capital (Photo: CDMX Attorney General’s Office)

In the CDMXToday, merchants must pay a floor fee to organized crime in order to establish themselves. In Tepito, street vendors are obliged to buy the products that the Tepito Union sells to them — in general piracy. In Iztapalapa, small entrepreneurs must pay to be allowed to work, and car dealers must pay a commission for each unit sold.