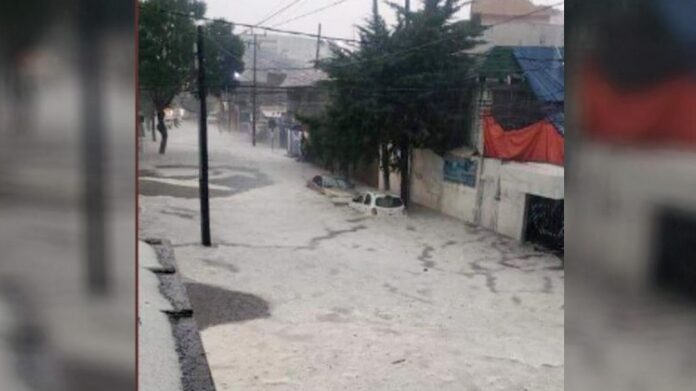 ATIZAPÁN, State of Mexico.- The heavy rain registered on Monday evening caused floods of up to 80 centimeters in the municipalities of Atizapán de Zaragoza and Tlalnepantla.

In addition, in Zumpango the level of the Los Remedios river began to rise and there is a risk of overflowing in Los Rosarios.

According to the first reports, the rain started at the edge of 6:25 p.m. and the amount of water registered caused the drainage to be insufficient. In the Calacoaya area of Atizapán, the level rose to 60 centimeters, with some vehicles being trapped.

The same happened in the Periférico Norte, at the height of Santa Mónica, in Tlalnepantla, where the overpasses were underwater.

The municipal authorities coincide in pointing out that due to the amount of water that fell, the drains were insufficient.