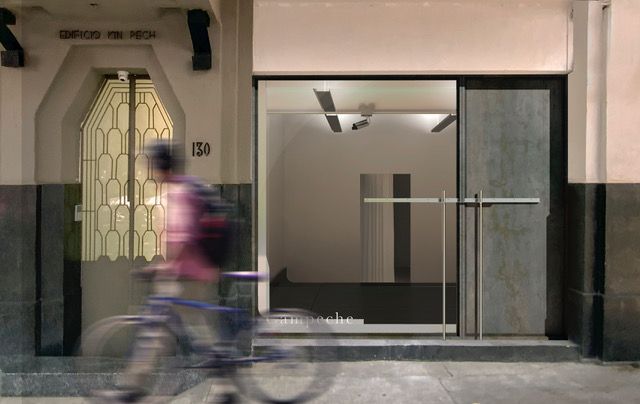 by Daniel Cassady for The Art Newspaper

Campeche, a new gallery in Mexico City, champions underrepresented artists in a country dominated by ‘machismo’

“We are trying to build a program that will be very female and queer oriented… that might be difficult for a Mexican audience, but it has to happen,” the founder says.

With very few exceptions, Mexican culture—and consequently the art world and what is exhibited and seen in Mexico—is dominated by machismo. “Historically speaking, Mexico is known for its male artists with a lot of galleries still featuring mostly male artists in their rosters. However, a new crop of galleries and dealers who are trying to change that, and we want to be part of this new initiative that will balance out the current structure,” says Fátima González, who with Alejandro Jassan will open Campeche, a gallery they hope will broaden the dialogue among art lovers and collectors in the city.

“We are trying to build a program that will be very female-oriented, and queer-oriented, that will emphasize underrepresented artists. That might be difficult for a Mexican audience, but it has to happen because that’s where we are now,” she adds.

Olmedo and Rosenweig use found medical equipment, wood and wool to comment on the difficulty of navigating disabilities in a country with a broken healthcare system. Julieta Gil resurrects a national monument in 3D that was covered in graffiti during massive protests in 2019 calling for government action to protect women, who were being killed nation-wide at a gruesome rate of 10 per day. Hours after the protests calmed, the monument was boarded up, and the calls for action washed away.

Campeche is located in Mexico City’s Roma Sur, neighbourhood, in a small Art Deco building that once served as shoe repair shop call “El Rápido”. The space, built in 1951 and renovated by the Mexican architecture firm Oioioi, suits the area’s bohemian aesthetic, which is in line with Campeche’s ambitions: to spark a conversation the arts community in Mexico needs to have.