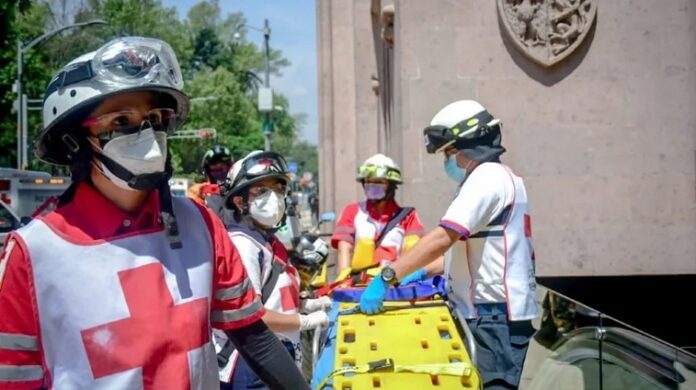 The young woman slipped from the roof of the building when the earthquake macro-simulation was being carried out in the metropolitan capital.

At the same time that the drill was being carried out, a young woman of approximately 34 years of age lost her life when she fell into the void after slipping from a 5th floor in the Del Valle neighborhood, in Mexico City’s Benito Juárez district.

The events occurred around 11:30 in the morning on the corner of Adolfo Prieto and Av. División del Norte when the woman was checking the gas outlet.

According to the first reports, the victim today was with her 12-year-old son when she slipped and fell into the void. Neighbors who heard the body hitting the pavement called emergency services, but 911 did not respond.

Later, they decided to call 065, and paramedics took 15 minutes to arrive, just to confirm that the young woman no longer had vital signs.

Agents of the Mexico City police arrived at the scene to cordon off the area, while they waited for the Forensic Medical Service to carry out the corresponding procedures and then order the removal of the body.

So far, the identity of the woman is unknown, however, authorities preliminarily reported that she was the administrator of the building.