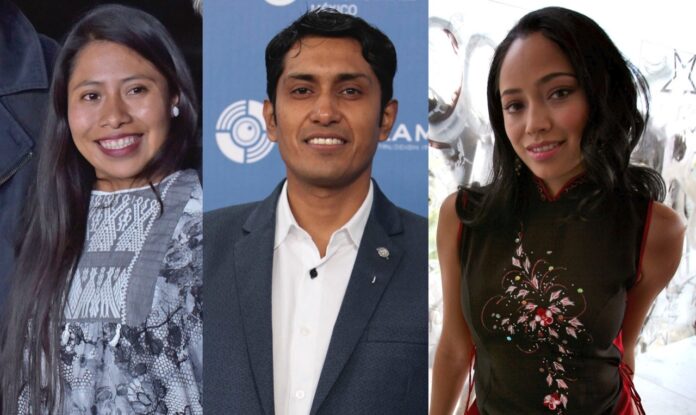 A group of actors and actresses started the #PoderPrieto movement on social networks on May 25 “to reflect and discuss racism and classism that exists in Mexico”, given the 500 years of the fall of Mexico Tenochtitlan and two centuries of independence.

There is a stereotype that has become law in most advertising agencies in Mexico, the so-called “aspirational ads” or “international Latin American appearance”: For a casting, they ask for actors who reflect this idealized Latin image, with white skin, dark eyes and dark hair, and not the common people you can see walking the streets. The racism dates back to the Conquest and that Televisa imposed on the small screen. But it is already intolerable for actresses and film, theater, and TV actors, who started a rising movement that, in an interview, Maya Zapata, Luis Alberti, and Ricardo Esquerra explain.

A group of actors and actresses started the #PoderPrieto movement on social networks on May 25 “to reflect and discuss racism and classism that exists in Mexico”, before the 500th anniversary of the fall of Mexico Tenochtitlan and two centuries of independence. Two weeks later, around 200 people had already joined.

With a recognized career in film, television, and theater, the actors Luis Alberti, Ricardo Esquerra and Maya Zapata – born in Mexico City in 1981, 1973 and 1981, respectively -, who are part of the launch of the demonstration, they explain in a physical interview that #PoderPrieto arises from “the need to understand the dimension of the problem that oppresses many people, obviously some more than others.”

For a long time, all three have stood out for fighting inequality and marginalization in the country.

Therefore, Maya –with a solid career in films, such as Gringo viejo, Perdita Durango, The other conquest, Santitos, Herod’s law, De la calle, Los tres entierros de Melquiades Estrada, Cobrador. In god we trust, Morirse en domingo, Bordertown, Casi divas and Eisenstein in Guanajuato, among others – she emphasizes with concern:

“The system in Mexico is called raciclasismo, where skin color is combined with social extraction, origin, genotype, indigenous traits, the way of dressing, speaking and the place where you live, and all that. prevents advance and growth. It prevents you from finding your full potential, and all of that obviously causes a lot of pain. And we started by celebrating brown skin because that was the original idea of ​​#PoderPrieto ”.

For Esquerra, who has participated, for example, in the films La caula de oro, Gringo: Wanted alive or dead, Size does matter, For the free, The vigilante, Every day is yours and Roundtrip, points out that it The most important thing is that the group reaches 200 people:

“There are also a lot of people identified. And when collectives with so many people are born, each one sets up their own agenda. And my agenda is very clear: representation in the media. I, like practically all Mexicans, grew up seeing brown people in movies, on television, and in advertising who do not represent us. “

He clarifies that it is not a mobilization to “get” a better job, a better character, “but so that my 10-year-old son, when watching a movie, identifies with a more real architect, who looks like him, and not that he identifies with a thief, anyway ”.