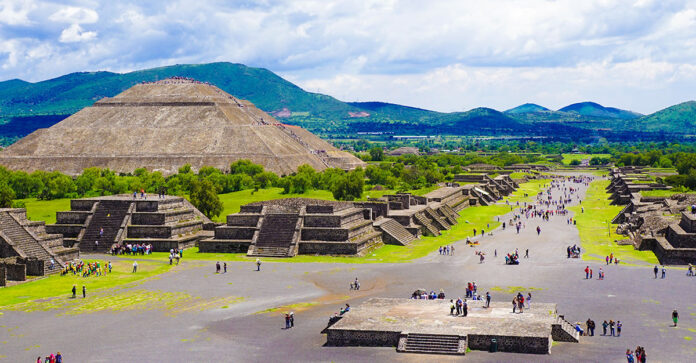 Teotihuacán, the center of Mexico’s most famous pre-Hispanic pyramids, could lose its status as a UNESCO World Heritage site, according to the president of the International Council of Monuments and Sites (Icomos).

Current construction work being conducted in the Teotihuacán archaeological zone with heavy machinery for the new Santa Lucía airport — one of the pet projects of President Andrés Manuel López Obrador (AMLO) — could lead to the loss of its declaration of World Heritage by UNESCO, said Icomos President Saúl Alcántara Onofobre, Monday, May 24.

“If this destruction in the archaeological zone continues, the site could lose its World Heritage status, depending on the technical and reactive missions carried out by UNESCO,” said Alcántara Onofobre, in a public letter addressed to Mexican Culture Secretary Alejandra Frausto, State of Mexico Governor Alfredo del Mazo, UNESCO Representative in Mexico Frédéric Vacheron and National Institute of Anthropology and History (INAH) Director Diego Prieto.

The letter pointed out that, despite multiple calls by geologic and archeological specialists, and the fact that construction suspension stamps were placed in the region by the INAH, irregular works continue in the Oztoyahualco section of Teotihuacá, threatening to destroy up to seven hectares of the site.

Teotihuacán, one of Mexico’s most iconic tourist destinations, dating from the first millennium, was the largest city in the pre-Columbian Americas, with an estimated population of about 150,000, making it at least the sixth-largest city in the world at that time.

The site was given UNESCO World Heritage status in 1987.

Seven out of ten disapprove of lesbian couples as adopters of children, in Toluca