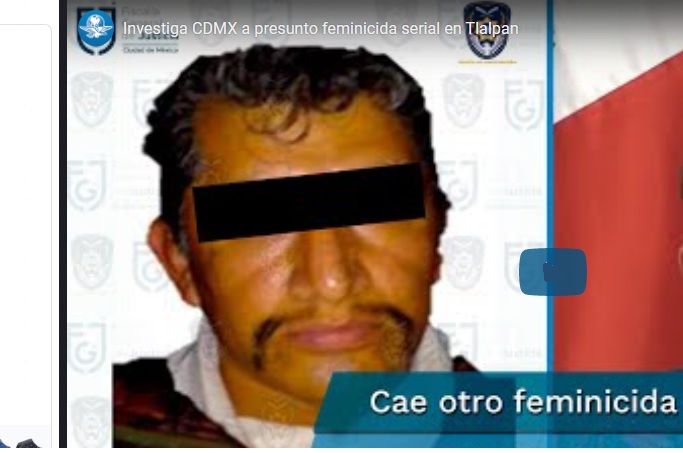 The Mexico City Attorney General’s Office (FGJ-CDMX) announced that they are investigating an alleged serial femicide, who is charged with at least three different events registered in 2016, 2018, and 2019.

The identified defendant, Arturo “N”, 44, has been in prison since December 11, 2020, accused of murdering his female sentimental partner.

However, the investigations revealed that he could have murdered other women in the area of ​​the Tlalpan district in Mexico City.

The events coincided in the modus operandi, the geographical area where the attacks have taken place, and the similar physiognomic features of the victims. Therefore, the authorities continue with their investigations, and the suspect’s participation in at least five more cases is not ruled out.

In this regard, the attorney general, Ernestina Godoy Ramos, said that the investigations will continue to determine if the suspect is responsible for other accusations against him, try to clarify all the cases, and thus, and give justice to the victims and their families.