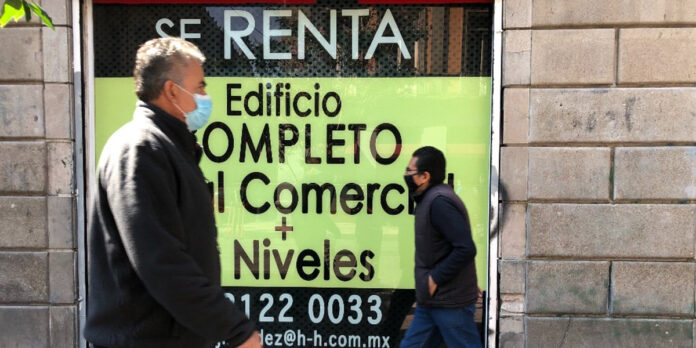 According to the local Coparmex, the data is supported by data from Inegi and the Ministry of Economy

The Employers’ Confederation of the Mexican Republic (Coparmex) estimated that more than 70,000 businesses in Mexico City (CDMX) closed their doors due to the serious economic crisis derived from Covid-19.

Armando Zúñiga, president of Coparmex in the country’s capital, added in a virtual event that negative data is supported by reports from the National Institute of Statistics and Geography (Inegi) and the Ministry of Economy.

“After the long red light we had, with data from Inegi, with data from the Ministry of Economy, with our own data, we calculate that the loss is a little more than 70 thousand economic ones.”

In this sense, Coparmex predicts that the economy would recover with the yellow traffic light, although it recognized that many companies will not be able to reactivate.

Zúñiga indicated that by opening activities thousands of jobs can be reactivated, this after a year of economic crisis.

In 2020, the confederation mentioned that due to the alarming health and economic scenario, in three months some 700 thousand buses and small companies would disappear nationwide.

Meanwhile, a report from the Mexican Institute for Competitiveness (IMCO) stated that CDMX is the most innovative of the country’s entities and that it is the only entity with high competitiveness.