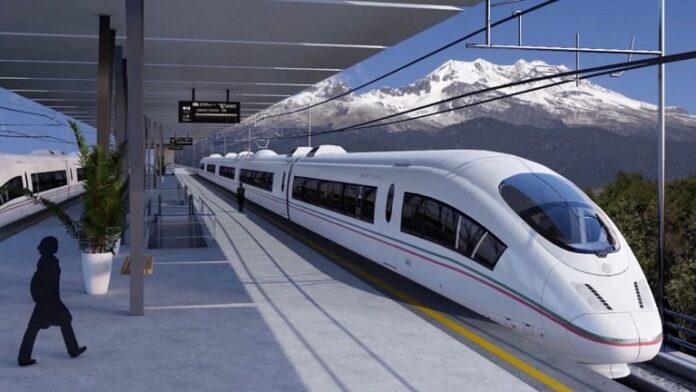 Ingenieros Civiles Asociados SA de CV (ICA), the company that built the underground section and 4 of the 9 stations of Line 12 of the Mexico City Metro (which does not include the section where it collapsed on May 3), seeks to build the Vasco de Quiroga station of the Mexico-Toluca Interurban Train.

On May 7, the Ministry of Communications and Transportation (SCT) received 5 economic proposals from 14 companies as part of the national public tender LO-009000988-E6-2021, which aims to build the Vasco de Quiroga station, which was not contemplated in the original project but was added by the present administration.

It was the head of government of Mexico City, Claudia Sheinbaum, who requested the accession of said station, to connect the new University of Health and the so-called fourth section of the Chapultepec Forest, where the military field 1-F was located. of the Secretariat of National Defense (Sedena), which is part of the presidential project of the Chapultepec Cultural Complex.

In 2020, the owners of Grupo CAABSA, Luis Fernando and Julio Mauricio Amodio Herrera, bought 16% of the shares of the OHL group, becoming the majority shareholders of this company. With CAABSA they are building the civil works for section 3 of the Mexico-Toluca Train, which goes from the exit of the Sierra de las Cruces tunnel to the Observatory.

Gami is the engineering and construction division of Grupo Indi, which has been in charge, among others, of the construction of the second floor of the Periférico San Jerónimo-Las Flores, the depressed Mixcoac vehicle, the terminal and control tower of the failed Nuevo Mexico City International Airport (NAICM) and the maintenance of the Interior Circuit.

ICA has already worked on the Mexico-Toluca Train. He was in charge of the construction of section 2, which consisted of a 4.7-kilometer-long two-tunnel, which crosses the Sierra de las Cruces and means the entrance of the train to Mexico City. The civil work was completed last October when the electromechanical laying (track system) was carried out.

Gonzalo Soto y Asociados SA de CV is part of the construction consortium of section 3 of the Mexico-Toluca Train, headed by Grupo CAABSA, which is also seeking to win the tender to build the Vasco de Quiroga station.