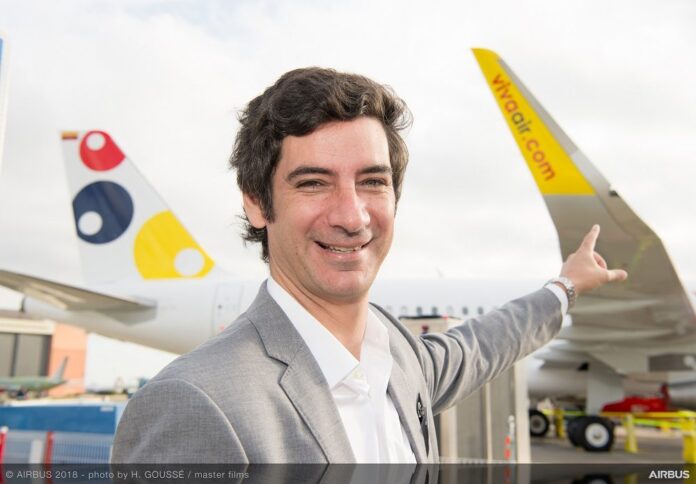 Due to the lack of slots (landing and take-off times) at the Mexico City International Airport (AICM), Viva Air operations will be through night flights, however, these allow better connectivity within and outside of Colombia.

“It has to do with the air spaces to operate, it has to do with the slots and the use of the plane that has to return to Colombia to fly here, but they also allow us to take advantage of the day. As the product is consolidated, we would be thinking of adding flights in the morning, but that will not be done before 2022 ”, Félix Antelo, CEO of the airline, told T21.

During the first year of operations, they expect to transport around 120,000 passengers through their A320neo aircraft.

“Mexico is a very important country for Viva Air, it will be the first where we will fly to more routes. It is a leading country in world tourism, where Cancun is a ‘hub’ destination, it has open-air tourism that is beginning to be a post-pandemic. Mexico as a city in tourism, culture, gastronomy, business, are factors that led us to see this country as a very attractive destination ”, he said.

Therefore, the option will be low-cost compared to traditional airlines such as Aeroméxico and Avianca, which offer high prices that do not stimulate and develop air traffic between the 2 countries and “where we see a large space with fares of $ 200 USD roundtrip, with taxes, included ”.

Regarding the arrival of the Mexican Volaris and Viva Aerobus, he said that the competition is “welcome”, “the objective of the low-cost airlines is not so much market share but to generate it. The objective we have at Viva is to generate a market, that Mexicans come to Colombia to spend a weekend attracted by the rates we have and that Colombians who previously thought of beaches in Santa Marta and San Andrés now go to Cancun. We are confident in the weapons we have to compete and to win, knowing that the market in 3 years will be triple what it is today ”.

Regarding the results of the first quarter of the year, Félix Antelo commented that they have already registered a better performance in capacity, only last March they offered 30% more seats compared to the same month of 2019, as well as the same number between January and February but 2020. The comparison is given because Colombia it stopped operating in mid-March of last year due to the pandemic. While the load factor is already 85 percent. It also started with new routes to the interior of the country.

“The beginning has been very positive, with a high season, entering a second quarter with all the commercialization and marketing efforts to close the new international flights that, along with those from Mexico, is added that of Medellín-Orlando that begins in June. The market is very firm and has been one of those that have had a rapid recovery in the world similar to that of Mexico, “he said.

For this reason, he considered that the prospects for 2021 “are good” although there will be some decreases in traffic due to border closures or quarantines, as well as a third wave of infections, which is already happening in Colombia although measures have already been taken to prevention that will cushion the impact.

“We are optimistic, we believe that in June we will be better and in December, since there will be more people vaccinated, in addition, the disease is better known now than it was a year ago. Only the United States in July will have its entire bovine population, which means that confidence in tourists will be very high. We are already seeing more demand for the second quarter to this country, and to Peru. We see this period with greater takeoff in international flights and as well as 2022, ”he said.

During this year, 6 Airbus 320neo aircraft will be added to the Viva Air fleet, 2 have already been integrated, they will go from 3 to 7 international routes, as well as from 3 to 6 domestic routes.