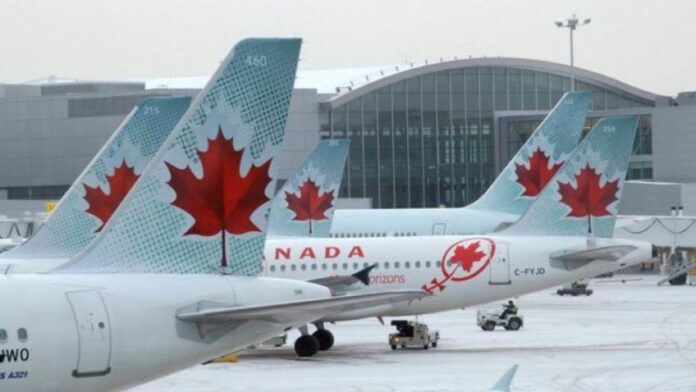 Canada’s four main airlines have extended the suspension of sun and beach destination flights, including Cancun, until at least June 2021. Air Canada was the last airline to join the announcement confirming that they will also maintain their itineraries without destinations in the Caribbean.

This is a serious blow to the Mexican Caribbean, which has its second-largest feeder after the United States in the Canadian market.

The suspension first went into effect on January 31 and was expected to last only until April 30, but will now be renewed for another 2 months in some cases.

The suspended flights were implemented primarily to discourage leisure travel to southern Caribbean areas such as Mexico, Jamaica, and the Dominican Republic, as Canada grapples with its third wave along with a comparatively insufficient vaccine rollout. Lack of demand is also a factor for the top four airlines, which have seen an unprecedented drop in bookings due to prohibitive and demanding entry requirements into Canada for returning citizens.

Only “holiday routes” are affected

Air Canada will continue to fly select routes to shopping and transportation hubs south of the border, including Kingston, Mexico City, and Bridgetown, but claims the flights are not intended for tourism.

US flights are also unaffected
Interestingly, the suspension of sun and sand destination flights has never included flights to or from the United States.

On January 31, when the suspension was first enacted, many Canadians were baffled by why flights to places like Orlando, Los Angeles, and Hawaii were not included as well, especially as US case numbers continued to dwarf those of Canada. Reports soon followed of Canadians using US hubs to reach destinations like Mexico and Jamaica.

Now that the epidemiological tables have changed and Canada surpasses the US in numbers of daily cases per capita, the extension of the suspension of flights will not yet include daily round-trip flights to US cities. Canadians will continue to use US hubs to reach southern destinations they need to reach or return to Canada from abroad.