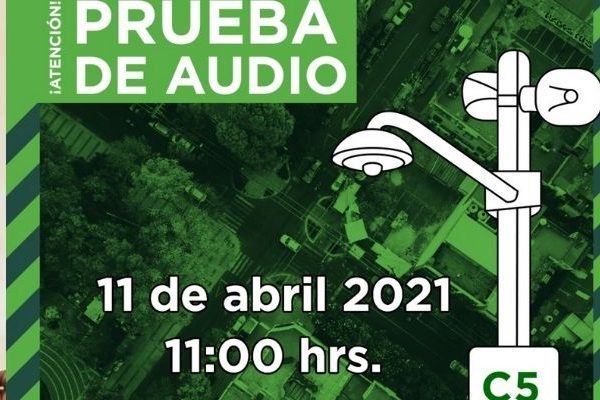 The government of Mexico City announced this Thursday that this Sunday at 11 in the morning, an audio test will be carried out on the 12,825 loudspeakers that are located in the 16 municipalities, which are used to issue the seismic alert in the capital.

The objective is to verify the correct operation of the loudspeakers to remedy failures such as those registered in March when some of these devices did not emit the alert or reproduced a simulation sound prior to an earthquake. The capital government asked citizens to report any failure through social networks.

The sound that can be heard next Sunday will be:

“This is an audio test of the Mexico City speakers. We appreciate your support reporting any failure to 911 ”.

At a press conference, Juan Manuel García, General Coordinator of the C5 of Mexico City , explained that a different message will be used than the alert for an earthquake.

On March 20, the Center for Command, Control, Computing, Communications, and Citizen Contact ( C5 ) of  Mexico City requested the resignation of two workers after the failures presented in the dissemination of the seismic alert.

In an information card, the  C5  indicated that “the configuration of the servers that control the reproduction of the alert sound  on the poles was not carried out properly  .”

In addition, the  Command Center explained that there was an omission in the supervision tasks to confirm that the work was being carried out properly.