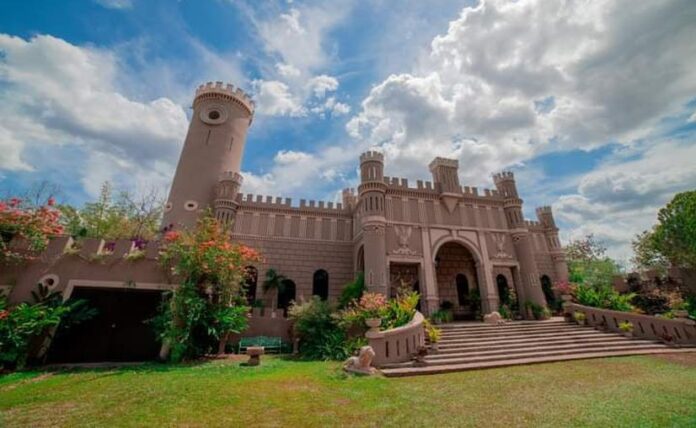 The name of this Hacienda is Chenché de las Torres, located in Temax, about 40 kilometers from Mérida, and built-in the 18th century. Its current price is about 40 million pesos (approximately 2 million USD).

The beautiful colonial building has a space of 6.5 hectares.

It was through social networks that the user Vane Lugo announced on Monday, March 29th that she is selling the castle, which among other things, has a swimming pool, private chapel suitable for weddings, orchard with fruit trees, large cellar, garage, wireless internet, three bedrooms, and three bathrooms.

Chenché became known during the henequen boom. The original hacienda was modified from the plans of a medieval European fortress, and its two crenelated towers of about 20 meters high stand out.

On the walls are shields similar to those used in Germany and England during the Renaissance era.