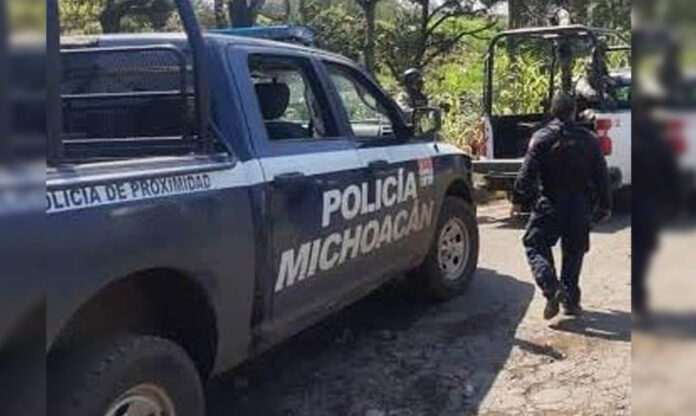 Morelia, Michoacán, (March 24, 2021).- The Government of Michoacán, led by Silvano Aureoles Conejo, deployed a police operation last February, with the support of the Mexican Army and the National Guard, to detect “drug camps” and cells of hitmen that belong to a relatively new criminal organization identified by the name of the Los Correa Cartel.

Mexican authorities have identified the emergence of a new drug cartel in Michoacán, whose criminal structure is based on a network that, for two decades, has operated clandestine logging of forests in the eastern region.

In a report requested from the Ministry of Public Security of Michoacán (SSP), an account of criminal activities of this organization is reported in a dozen municipalities such as Hidalgo, Zitácuaro, Ocampo, or Indaparapeo, which have big mountainous and woodland areas.

Agents of the State Police, the Mexican Army, and the National Guard – a military corporation created by President Andrés Manuel López Obrador – launched a new offensive since last February against the Mexican Cartel of Los Correa, which includes all-terrain ground vehicles – some with bulletproof armor – and helicopter gunships.

However, in the period from September 1, 2020 to March 15, 2021, these military police corporations have achieved, in joint or individual actions, the arrest of 310 people for different crimes, and the seizure of 81 vehicles with report robbery and 42 assault rifles and pistols, 43,600 marijuana plants were also destroyed.

Between September 2020 and February 2021, the authorities discovered a total of four “drug camps” of hit men, in wooded and intricate areas of the municipalities of Zitácuaro and Hidalgo.

In the case of Hidalgo, the police and military agents fought a group of hitmen who were hiding in the Los Azufres area (near the monarch butterfly biosphere), leaving behind a wounded National Guard commander, a hitman killed and three more civilians arrested, with nine stolen vehicles, five assault rifles and 20 kilos of marijuana, as well as supplies.

Operation against the Cartel

Just last Thursday, March 18th, an alleged hitman named Federico M., alias El Feo, was arrested in the State of Mexico for murdering a commander of the Michoacán Police on February 27 and wounding another.

The police, military, and national guards have chosen to travel on the highway known as Mil Cumbres, which crosses municipalities in eastern Michoacán and links the city of Morelia -the state capital- with the State of Mexico, due to the constant reports of vehicle theft, extortion, kidnapping and assaults by Los Correa hitmen.

According to reports, members of this criminal gang search among motorists for alleged members of the rival organization Cartel Jalisco Nueva Generación.

We seek to “reinforce all protection measures for citizens who pass through this area or live in these communities,” Governor Silvano Aureoles Conejo told the media.

Who are Los Correa?

Los Correa Cartel is headed by Daniel Correa Velázquez, ‘el Tigre’, whose family began by controlling the clandestine logging of forests in eastern Michoacán, expanding their activities to the production of marijuana and synthetic drugs, extortion and other crimes.

Currently, the Los Correa Cartel maintains an alleged alliance with a cartel that has been in the region for years, La Familia Michoacana.

In addition, in some regions of this state there are self-defense groups, armed civilians who protect their territory from the onslaught of the cartels, although there are suspicions that some of them also belong to criminal gangs.