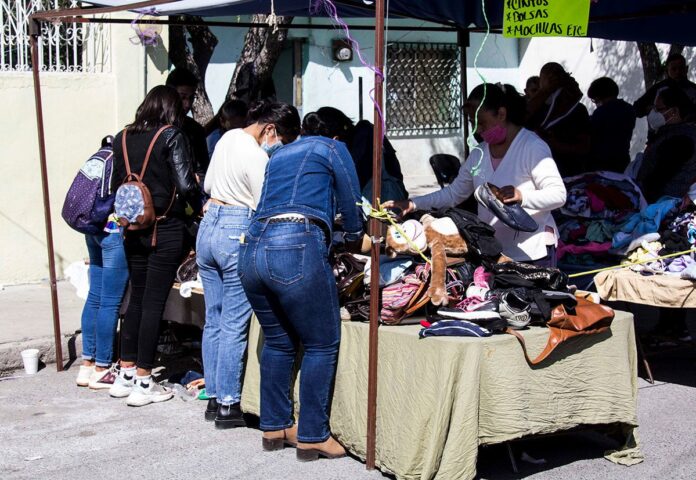 “It is a self-employment to which they dedicate practically 24 hours a day, seven days a week, especially since the main way to offer merchandise in these times of pandemic is through digital platforms,” ​​he explained the academic José Ignacio Martínez Cortés

CDMX.- The Laboratory of Analysis in Commerce, Economy, and Business (LACEN), of the National Autonomous University of Mexico (UNAM) assured that the so-called “neni economy” shows sales per day for approximately 9 million 500 thousand pesos.

“It is a self-employment to which they dedicate practically 24 hours a day, seven days a week, especially since the main way to offer merchandise in these times of pandemic is through digital platforms, which led to another level the demonstration of the merchandise ”, explained José Ignacio Martínez Cortés, coordinator of LACEN.

According to the academic of the Faculty of Political and Social Sciences of the UNAM, this modality has been rooted in our culture for a long time, and more so now that there are companies with a large inventory of products available for sellers, mostly women, engage in retail trading.

“This type of activity is known as ‘neni economy’, because it is very common for clients and saleswomen to speak to each other in a more affectionate and close way, by using the word ‘babe’ or ‘neni’ when addressing each other”, abounded.

He highlighted that, according to a study carried out, this modality creates employment for three people, starting with a company that sells a certain product to an entrepreneur and this, in turn, offers it to someone else through catalogs or physically.

In fact, about 13 million households have an income thanks to this economic activity.

“There are people who are already professionalized and have been operating for a long time, but others have joined because they no longer had an income and the need led them to it; sometimes they do not have a fixed point of sale, so we sometimes see women in public transport carrying large packages of shoes, clothes or toys that are destined for their customers, ” said the university student.

On March 23 and 30, 2020, he added, the essential activities during the health emergency were published in the Official Gazette of the Federation, which caused the closure of 75% of shops and this affected the pockets of a significant number of those who participate. in the “neni economy”.

According to the coordinator of the Laboratory, some of the entrepreneurs offer products or services of their own elaboration and make themselves known through the different media. A significant number of these people protect their intellectual property and copyrights.

“In some of our social circles we have more than one person who is dedicated to this type of economy, who even offers us merchandise with fixed payments, just like a credit card does in a department store,” he added.