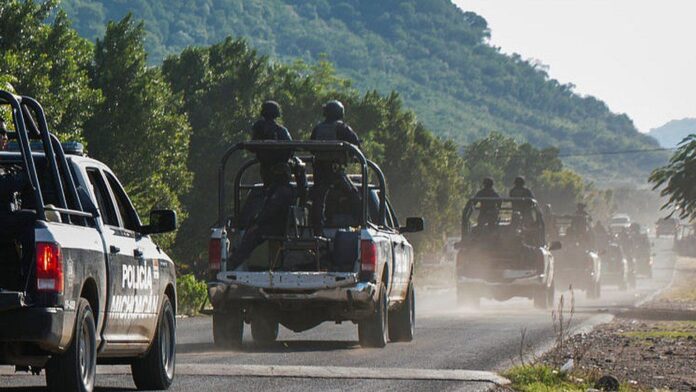 The police convoy convoy was patrolling the area in anti-cartel activities. The attack presents a challenge to Mexican President Andres Manuel Lopez Obrador’s approach to combating cartels and gangs.

A police convoy in central Mexico was ambushed by gunmen on Thursday, killing 13 law enforcement officers, authorities said. The perpetrators are apparently from a drug cartel.

“The convoy was carrying out patrols in the region, precisely to fight the criminal groups that operate in the area,” said Rodrigo Martinez Celis, head of the state Public Safety Department.

Soldiers, marines, and National Guard troops were combing the area by land and from the air looking for the killers, said Martinez Celis.

14 police officers were killed in an ambush in October 2019, Mexico’s biggest single slaying of law enforcement

The killing of five prosecution investigators and eight state police officers is the country’s deadliest attack on law enforcement since October 2019, when cartel gunmen killed 14.

Several cartels operate around Coatepec Harinas, where the attack occurred, but there is no immediate indication as to what gang the gunmen might have belonged to.

The attack could present a challenge for President Andres Manuel Lopez Obrador who, in a bid to limit violence, has pursued a strategy of not directly confronting drug cartels.