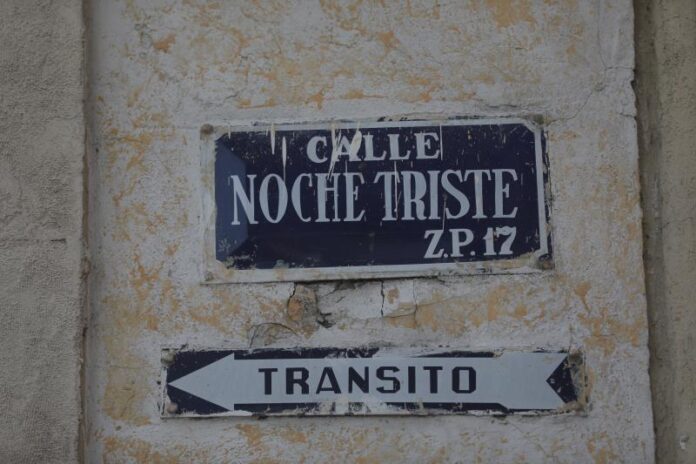 The Government of Mexico City decided to change the names of streets and emblematic statues of the capital so that, 500 years after the Spanish conquest, cultural diversity is valued and rescued historical memory, something that many citizens agree with but others consider unnecessary.

“They should change the names, but it all depends on the glass you look through. It is wrong (history is taught) from textbooks and it is not enough to change names, you have to know history, “Sergio Ruiz, a resident of the capital, told Efe.

Since his arrival to the Government in December 2018, President Andrés Manuel López Obrador has been in favor of reformulating the history of Mexico in which, he considers, Mexicans appear as defeated and colonized.

Even at the end of 2019, the president sent a letter to the King of Spain and Pope Francis demanding an apology for what happened after 1519 during the conquest.

“We have decided to commemorate Mexico-Tenochtitlan and in this commemoration, regardless of whether the date of its foundation is 1325, what we want is to highlight the great diversity and what the Mexica culture represented even in terms of its cosmogony,” he said this week. the head of the capital government, Claudia Sheinbaum.

For the president, this 2021, which celebrates 700 years of the founding of Tenochtitlan, is an important moment to reflect on “the so-called conquest of Mexico” and wonder why some of the places in the city are named after events. or characters that represent bloody moments in Mexican history.

“We are a very large race and I do not like that foreigners think that as Mexicans we cannot. I would like them to remember us for our patriots, not for those who came and conquered us, ”another passerby, Lourdes González, told EFE.

Coinciding with the head of government and with González, citizen Salvador Franco said that a great debate was “opened” that must be “analyzed”, but he differed in that “the history of a country is full of good and bad events”. to remember.

“Besides, I don’t think many things can change… we continue to be Mexican, we continue to have a history. It is difficult that with the name changes we can leave behind all that historical burden that we have, ”Franco added.

The Tree of the Sad Night commemorates the night from June 30 to July 1, 1520, when the first and only defeat of the troops of Hernán Cortés (1485-1647) and his indigenous allies at the hands of the Mexica army in Mexico occurred. Tenochtitlán.

Legend has it that Cortés cried the defeat in front of a tree, an old ahuehuete located on the road to Tacuba, in Mexico City, which until now received the name of the Tree of the Sad Night but which, as announced by the Head of Government, it will no longer be recognized that way and a causeway of Victorious Night will be created.

“While it is true that 500 years ago was the defeat of Mexico-Tenochtitlan, the resistance of the Native Peoples is also true, but it is also true that we must not forget how bloody those years of the arrival of Hernán Cortés to Mexico were,” Sheinbaum said.

The nomenclature will also be changed to the section from Puente de Alvarado to San Cosme -a section that runs from the central Alameda Central to Avenida Insurgentes- by the name of Calzada México-Tenochtitlan, “to vindicate the memory of those who resisted to the end in defense of their culture and their homeland ”.

Pedro de Alvarado (1485-1541) was one of the bloodiest conquerors of the Spanish conquest and the main perpetrator of the massacre of the Templo Mayor, on May 22, 1520, while Cortés was in Veracruz.

The changes in the names of streets and monuments take place before the commemoration activities of “Mexico-Tenochtitlan, seven centuries of history” are inaugurated, which will begin on March 21, with the spring equinox in the archaeological zone of Cuicuilco. , in the south of Mexico City.

There will also be tributes, conferences, museum openings and commemorations of the most important dates.