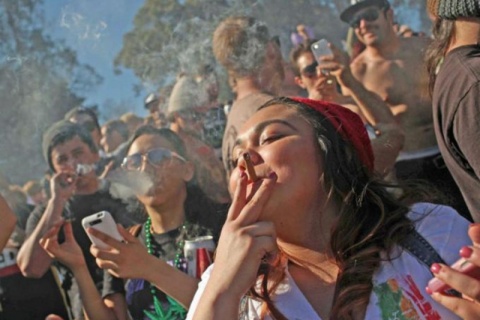 We tell you in which places you can consume marijuana in CDMX, after approval of its recreational use

After a vote in the Chamber of Deputies with a result of 316 in favor and 129 against, the recreational use of marijuana was approved.

This, three years after the consumption of this product for medicinal purposes was legalized. Thus, Canada and Uruguay joined the list of countries that have legalized marijuana in the American continent.

And although the carrying and consumption of marijuana will be allowed for Mexican citizens, the measure also has limitations and conditions. Among the most representative are the places where the product can be consumed. Therefore, I tell you where you can consume marijuana in CDMX, once it is legalized.

Where can it be consumed in CDMX?

The first thing to know is that each person can carry up to 28 grams of marijuana, at most and it will only be for personal use. After that, there are specific places where it can be consumed:

1.- The first measure is that it can only be consumed in places that are not smoke-free, that is, bars, restaurants and other such establishments are prohibited.

2.- It can be consumed at private homes, as long as there are no minors in the place.

3.- For consumption, private homes may have up to six plants, which may become eight if there are two or more consumers.

4.- Consumer associations or clubs may be created. There you can consume the products, but you can have a maximum of 20 members over 18 years of age. In no case may there be more than 50 marijuana plants per group.

5.- The sale of cannabis and its derivatives can only be done in consumer clubs. It cannot be done through self-service machines, mail, telephone, internet, or by any other means of non-personalized sales.

6.- Under no circumstances can marijuana be consumed when you are on public transport or when you are in a private one, while the person who drives it is under the influence of the product.

7.- It cannot be consumed in workplaces either.