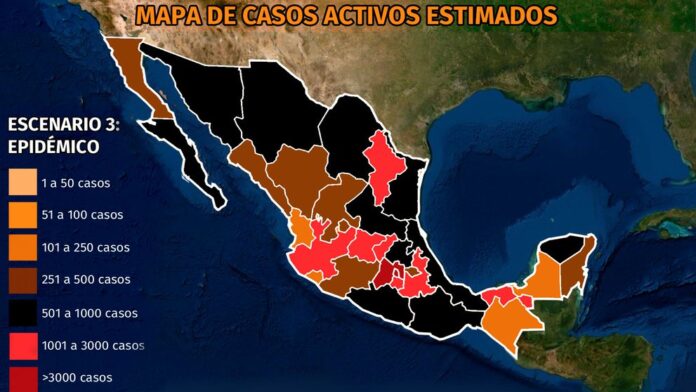 Since the pandemic reached the national territory, 1,675,996 patients recovered from the disease have been registered throughout the country

The federal Ministry of Health reported 1,877 new cases of COVID-19 throughout the country, bringing the accumulated figure to 2,130,477 infections. Likewise, it registered 319 new deaths, giving an accumulated since the beginning of the pandemic of 190,923 people who have lost their lives due to complications of the disease.

During the usual press conference to report on the progress of the pandemic in the country, José Luis Alomía, director of Health Epidemiology, detailed that at a distance that the curve of estimated cases presented a decrease of 16% compared to the week immediate previous; while that of recovered persons registered a decrease of 20%, equivalent to 1,675,996 patients who have managed to overcome the disease during the same period.

“It is important to comment that this epidemic behavior can be maintained if and only if prevention measures, both individually and collectively, continue to be carried out by each of the citizens who live in this country and the health authorities of the different levels of government continue to generate community interventions, recommendations and vigilance so that they can be fulfilled by the population ”, explained the specialist. 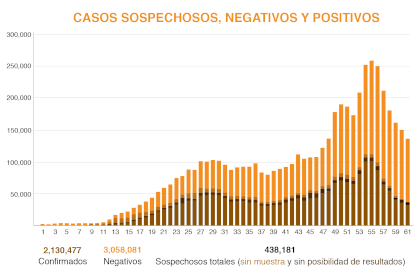 In addition, it reported that there are 43,511 (2%) active infections, which represents people who presented symptoms in the previous 14 days (February 23 to March 8) and that if they do not maintain health care, they could easily transmit the virus.

In that sense, according to the update of the technical document dated March 8, the entities with the highest number of active cases of SARS-CoV-2 in descending order are: Mexico City, State of Mexico, Querétaro, Guanajuato, Puebla, Nuevo León, Jalisco, Tabasco and Morelos ; as a whole they account for 75% of the active cases in the country.

In contrast, Chiapas and Campeche are the states that concentrate the least amount of infections of this type, as they barely reach 89 and 85, respectively.

Regarding the incidence of estimated assets by residence entity, it is observed that Mexico City and Querétaro present an estimated rate greater than 70 per 100,000 inhabitants. 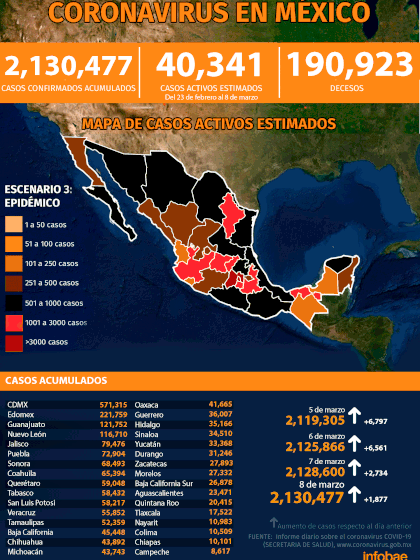 This is reflected in the colors of the new epidemiological traffic light that will be in force until March 14, where not one state is in red , but 10 entities remain in orange : Mexico City, State of Mexico, Morelos, Nuevo León, Oaxaca , Puebla, Querétaro, San Luis Potosí, Tabasco and Yucatán.

In this type of space, Mexico City, the State of Mexico, Oaxaca, Puebla, Morelos and Querétaro concentrate between 30% and 49% of the occupation. The rest of the entities have less than 30%. 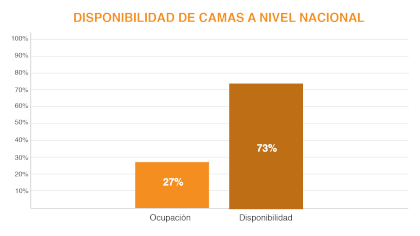 Regarding deaths caused by complications of COVID-19, Mexico City, the State of Mexico, Jalisco, Guanajuato, Puebla, Nuevo León, Veracruz, Baja California, Sonora and Coahuila are ranked as the 10 entities that have registered the highest number of deaths and that together represent more than half (64.8%) of all those in the country. 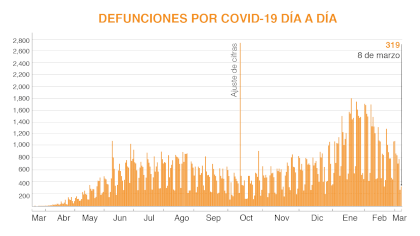 On the other hand, the federal government has applied 2,849,630 doses of the COVID-19 vaccine throughout the national territory. This March 8, 51,802 people were injected with the antigen. 802,791 first doses have been applied to first-line care personnel for patients infected with the SARS-CoV-2 virus. Of this total, 586,910 (73%) individuals have received the complete scheme.

Furthermore, government data indicates that 1,425,037 older adults have been immunized against COVID-19. 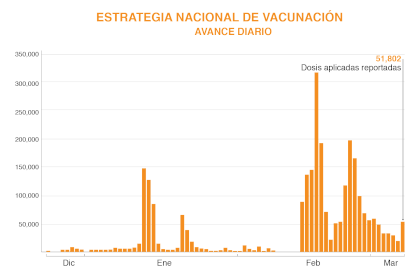