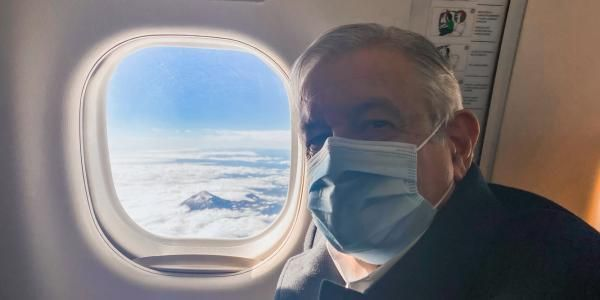 “The citizens live in a different country than that of the president”: Anabel Hernández’s relentless criticism of two years of AMLO’s government.

According to the journalist, those affected were those most vulnerable socially and in terms of health service coverage during the context of the coronavirus health emergency.

In a harsh analysis by Anabel Hernández, the two years of the government of Andrés Manuel López Obrador do not correspond with the achievements he presumes. He is far from reaching the promises of his so-called transformation. Economic and health crises, an increase in corruption, and poverty have become more acute in the first third of the six-year term.

The pandemic of COVID-19, indicated by the journalist, exposed the deficiencies in AMLO’s mandate since there is a low tax collection, increase in economic inequality, deficient medical service, and denial demagogy.

For her column in Deutsche Welle, Anabel Hernández referred to the fact that the country is dragging along decades of injustice, inequality, and impunity. No strategy has been generated to combat poverty, and only “aspirins” have been prescribed, such as social programs, which have worked as a palliative and stimulate political clientelism.

He remembered that he was on the stage of Mexico City’s Zócalo when López Obrador won the presidency on July 1, 2018. But the promise of change in two years and the emergence of the coronavirus is far away.

Although AMLO presumes to collect more taxes, it does not necessarily have to do with a fundamental fiscal redesign since he focused on chasing down large companies to pay off their lagging contribution.

AMLO found the country with 52.4 million people in poverty conditions, and of these, 21 million in an extremely precarious situation. Until 2020 he has channeled 300 billion pesos to programs to give painkillers instead of a curative medicine against poverty, the journalist said. About Coneval, she noted that four of AMLO’s plans are not subject to operating rules and their effectiveness and the mechanism for choosing beneficiaries cannot be evaluated.

So that in 2021 the number of poor people will increase to 16 million, returning to 1990 levels, according to a study by economist Jorge Garza Rodriguez of the University of Monterrey and sponsored by the coronavirus health crisis.

The COVID-19 pandemic, indicated by the journalist, exposed the deficiencies in AMLO’s mandate, since there is a low tax collection, increase in economic inequality, deficient medical service, as well as denialism and demagogy.

According to Anabel Hernández, the president faces a crossroads. He must choose between losing popularity by charging more taxes to the class with greater purchasing power; or implementing collection strategies that guarantee access to services for the population and a fair redistribution of wealth. For example, making the process of paying taxes more effective, since the time dedicated to this is 102 hours on average in Mexico.

“From the list of 36 member countries of the Organization for Economic Cooperation and Development (OECD), Mexico has the worst tax collection rate concerning the Gross Domestic Product. It is only 16.1 percent when the overall average collection of OECD countries is 34.2 percent of GDP. The average in Latin America and the Caribbean is 22.8 percent, and that of Africa is 17.2 percent,” he compared.

Although AMLO presumes to collect more taxes, it does not necessarily have to do with a fundamental fiscal redesign since he focused on chasing down large companies to pay off their lagging contribution.

“Without a doubt, this is necessary, although the treatment has not been equal for all, which gives away a political stink. That money, like welfare programs, is a small aspirin and not a steady income.

Those most affected by the pandemic were those most vulnerable socially and in terms of health care coverage.

Based on data from the National Institute of Statistics and Geography (Inegi), Anabel Hernández stressed that corruption increased in all its forms.

“The real numbers of corruption are very different from the extinction of corruption in AMLO’s mind. In this and other areas, the citizens live in a different country than that of the president, as was the case with his predecessors”.

On the other hand, the journalist criticized the cuts to science, education, technology, and health sectors. This last sector was affected before the pandemic, affecting the supply of medicines, the operation of general and high specialty hospitals.

The journalist criticized the cutback to science, education, technology, and health sectors. This last sector was affected before the pandemic, affecting the supply of medicines.

“It caused, for example, the death of 1,600 children due to the lack of medicines for children with cancer in the public health system,” emphasized Anabel Hernández.

Besides, users of the Mexican Social Security Institute and the Institute of Social Security and Social Services for State Workers said they were more dissatisfied with the service between 2019 and 2017. The facilities, capacity, and the number of doctors and less timely information on patients’ health status worsened.

“With all the context described above came the COVID-19 pandemic and the anniversary of the second year of 4T’s government, showing the most painful face of all the structural deficiencies, demagoguery, and denial. Still far from any transformation,” the reporter said.

She added that Mexico is the fourth country with the most deaths registered, which contradicts the president’s statements, when he affirms that “he has everything under control and that there is no crisis, lacking the truth.”

The most affected were those most vulnerable socially and in health services coverage. For example, the indigenous population was out of every 100 infected people, 20 dies.

Although AMLO has declared his love for the people, they are dying due to the government’s negligence he heads. They will not revive with the promises of affection of the president nor the few pesos that every month are destined to them in social programs. Simultaneously, the system of health, education, and culture collapses on them, concluded Anabel Hernández in her fortnightly space.

AMLO keeps insisting Spain should apologize for the conquest of Mexico

The fifth group of Afghan refugees arrived in Mexico