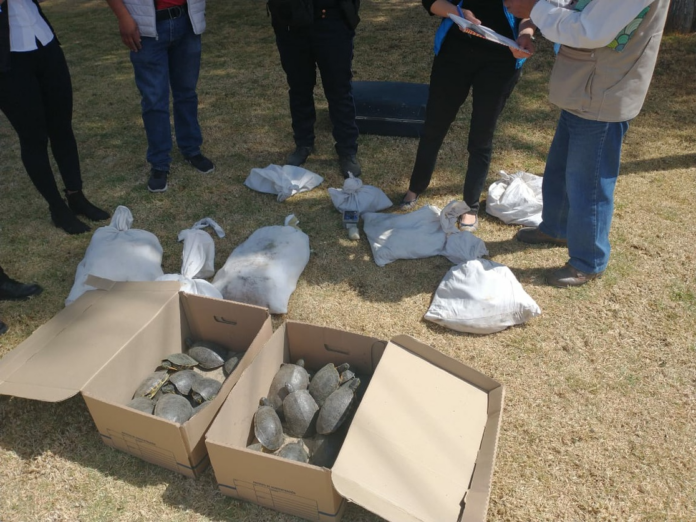 The National Guard secured 182 specimens of wildlife, three-backed turtles and green iguanas, among others, on the Mexico-Puebla highway, where the Federal Attorney for Environmental Protection (Profepa) went to identify the pieces that two people were carrying in suitcases and a backpack, and they did not prove its legal origin.

In a statement, Profepa reported that it sent personnel who helped with the issuance of the identification report and the corresponding steps to deposit the agencies and safeguard their physical integrity. These are species that are on the list of Official Standard 059, which includes those that are under special protection and at risk of extinction.

The specimens are a boa, a red-tailed tarantula, two turtles known as three loins and 121 specimens of green iguana (116 alive and 5 dead), 34 specimens of jicotea turtle, 23 shell turtles, none with a marking system to identify the site. of provenance and its legal provenance, reported the agency.