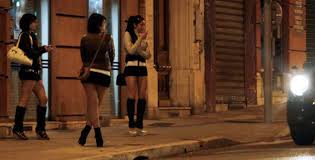 From November to date, five meeting houses have been closed in the capital, some of them detected in the area of ​​the Historic Center, informed the director of the Interior of the Municipality of Querétaro, Joaquín González de León.

In an interview, he reported that the Municipality of Querétaro has been working with the Specialized Unit for the Investigation and Persecution of Trafficking in Persons, to address citizen complaints about the possible location of places where prostitution is practiced.

“We have been going down with the Prosecutor’s Office, in particular, the Special Prosecutor’s Office for Trafficking in Whites, and we have been working with them, in following up on citizen complaints about the possible location of brothels, or about prostitution or sex service issues. “, He said.

He indicated that they have received some citizen complaints in some neighborhoods of the city and the Historic Center, as a result of which “five houses, places where sex service was exercised, have been closed.”

He pointed out that they have carried out operations in conjunction with the Prosecutor’s Office, a unit that checks if there are minors in the place, while the Municipal Inspection Directorate proceeds, in its case, to the closure of the place.

“When we have carried out the operations with the Prosecutor’s Office, the Prosecutor’s Office checks if there are minors, and since they have not found minors, the men and women who were found are allowed to go free and the Municipal Inspection what proceeds is to close the place for be used as a lodging center, ”he said.

He also indicated that there have been occasions when they go to certain places and find no evidence that sex service is being performed, for which reason they cannot proceed; However, he said that all citizen complaints are dealt with on lines 911 or 070.

Asked about searches in areas such as Alameda Hidalgo, where prostitution is presumed, the director said that “for human rights, we cannot stigmatize people because of the way they dress or the way they walk on the street or being somewhere in the city. public road”.

“When we have carried out the operations, it has been with citizen complaints, and we have found the issue of prostitution, but the issue of the Alameda or any other area of ​​the city we cannot stigmatize people, it would be discriminatory,” he concluded.

Has CDMX gone out of style? Mexico City suffers a slowdown in housing demand