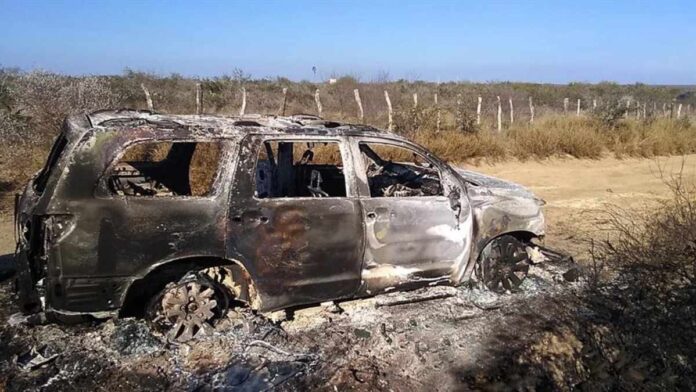 Mexico has identified at least four of the 19 bodies found shot and burnt near the US border, prosecutors said Saturday.

Two Guatemalans — believed to be migrants — and two Mexicans were identified by their DNA after authorities discovered the bodies on January 22, the prosecutor’s office in the northern state of Tamaulipas said in a statement.

It said members of the Interior Ministry’s national search commission had been added to the investigation for “greater transparency”, in collaboration with the foreign ministry and the Guatemalan embassy in Mexico.

“It was determined that 16 correspond to the male sex, one to the female sex, and two are pending clarification” due to the severity of the burning, the prosecutors said.

A team of forensics experts, dentists, geneticists and criminology specialists has been formed to identify the victims.

Residents of the Guatemalan town of Comitancillo suspect at least a dozen of the victims are their relatives, according to authorities in the Central American country.

Authorities in Tamaulipas, who worked with the neighbouring state of Nuevo Leon, established that 113 bullets were fired into a vehicle where the bodies were found.

Tamaulipas, on the coast of the Gulf of Mexico, is the shortest route to the United States from Guatemala, but it is dangerous because of the presence of gangs that kidnap, extort, and murder migrants.

The region is regularly the scene of clashes between the North West cartel, which controls part of Nuevo Leon, and the Gulf cartel, which has been present in Tamaulipas for decades.

Mexico is experiencing a wave of violence linked to organized crime, especially drug cartels that vie for control of the routes to the US.

The rate of violence has grown steadily in the country since the end of 2006, when the government handed the anti-narcotics file to the army. More than 300,000 murders have taken place since that date, according to official figures.

Would you like to take a walk through the Roma Norte neighborhood of Mexico City?