From the beginning, the Jalisco Cartel tried to take control of the nation’s capital, and the latest evidence seems to prove that the criminal group has achieved its goal.

CJNG led by “ El Mencho ”, is considered the third most dangerous criminal organization in the world. The US authorities only rank it below the Russian mafia and the Chinese Triads.

Since the formation of the CJNG in 2011, it soon managed to expand to almost all of Mexico and has an international presence in the United States, Colombia and, unconfirmed, in Canada, Argentina, Holland, Ghana, Nigeria, Morocco, Russia, China, South Korea, Germany, Peru, Central America, Bolivia, Malaysia, Indonesia, Vietnam, Poland, Australia and Cambodia , which would have surpassed the Sinaloa Cartel in 2018 .

For the DEA, the anti-drug agency of the US, it is one of the most powerful criminal groups in Mexico and the US Department of Justice considers it one of the five most dangerous transnational criminal organizations, responsible for the trafficking of tons of cocaine, methamphetamine, heroin, and fentanyl to the United States, as well as of violence and significant loss of life in Mexico. 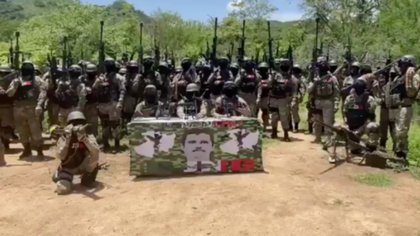 On a national scale, its corporate model has allowed the cartel to spread throughout Mexican territory, including the capital of the country, as there is evidence that proves this.

According to Mexican journalist Héctor de Mauleón, in recent weeks people from the cartel arrived at the Historic Center of Mexico City and its members are demanding protection fees to businesses located on Manuel Doblado, Circunvalación and Peña y Peña streets. 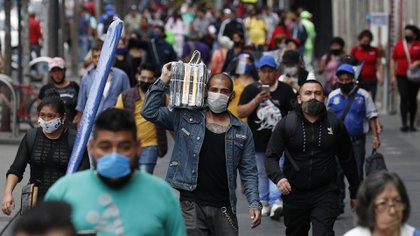 Suddenly, individuals come out of nowhere and begin to displace, with death threats, those who previously worked there. ” It is as if they were cleaning-up the area, ” denounced an anonymous witness. “ They move around in cars and vans. It is striking because they do not move on scooters. Furthermore, they do not hide that they carry long weapons ”.

At the corner of Manuel Doblado and Peña y Peña there are at least two headquarters of the Unión de Tepito. “A lot of things come up there: deaths and executions .” The merchants fear that with the arrival of ” the new people ” will come ” a slaughterhouse ” and that in the end the most bloody and violent group will be the one that extorts them.

However, the Secretary of Citizen Security, Omar García Harfuch, stated a few days ago that he does not see the Jalisco Nueva Generación Cartel as a threat to Mexico City.