This Saturday, members of the National Anti-AMLO Front (FRENAAA) held a new march in the streets of Mexico City, to demand the resignation of President Andrés Manuel López Obrador.

Shouting out López! A large contingent left the vicinity of the Monument to the Revolution and advanced on Avenida Juárez, to reach the main square of the capital’s Zócalo, where they joined the demonstration that other members of the Front had already held since last September 25.

During their passage through the streets of the capital, the protesters launched slogans against President López Obrador, while ensuring that they seek to bring together more than 100,000 people to demonstrate to the president that there are so many people that demand his resignation.

Fernando Rodríguez Servín, one of the FRENAAA coordinators, told Milenio Televisión : “We expect 100,000 people to arrive. Yes, it is an expectation that we have, we want to show the President that there are 100,000 people who want him to leave his post, ”he said. 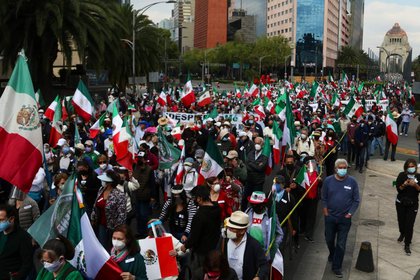 In addition, he reported that the group has already filed a complaint with the Inter-American Commission on Human Rights (IACHR) against the federal government, for preventing them from occupying the entire plateau of the Zócalo in Mexico City, which they already achieved this Saturday.

He assured that FRENAAA is made up of businessmen, merchants, entrepreneurs, upper class, middle class, and lower class “from all social sectors.”

Upon arrival at the Zócalo plate this Saturday, the attendees were registered before a notary public. 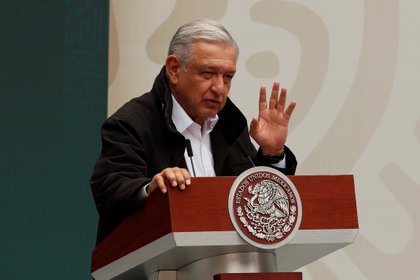 On September 29, during his press conference at the National Palace, President Andrés Manuel López Obrador challenged that the first demonstration of 100,000 people against him and that he sees in the polls no longer has the support of the people, he will not wait for the revocation of the mandate and he will go to his farm in Palenque, Chiapas.

“How authoritarian governments collapse, with the people, with the large mobilizations, the people take to the streets hundreds, thousands, millions, and in my case, at the first demonstration of 100 thousand and that I see that in the polls already I have no support for Palenque, Chiapas, I don’t even wait for the revocation of the mandate. See you there, because I have principles and ideals, “he said.

López Obrador assured that the people want the Fourth Transformation.

“People want the transformation to take place and they are supporting themselves and we are not going to take a step back, and we are also going to guarantee freedom to all, without authoritarianism,” he insisted.

The Anti-AMLO Front indicated that 170,000 people gathered and the Government of Mexico City reported that 5,000 protesters entered the Zócalo

The National Anti-AMLO Front ( FRENAA ) indicated that it gathered more than 170,000 people in the demonstration that took place on Saturday, October 3, which began at the Monument to the Revolution and ended in the Zócalo of Mexico City, where they hold a seedling.

In a press release that the individuals who attended ” disapprove of the way in which the current government has administered the country, ” and those who responded to the “challenge” of President Andrés Manuel López Obrador, also requested that he keep his word.

In the morning conference on September 29, López Obrador said that among the reasons he would resign the presidency immediately without waiting for the revocation of the mandate.

Authoritarian governments collapsed with great mobilizations. In my case, at the first demonstration of 100,000 and that I see that in the polls I no longer have support, I go to Palenque, Chiapas. I don’t even wait for the revocation of the mandate. See you there. Because I have principles, I have ideals, “said the president. 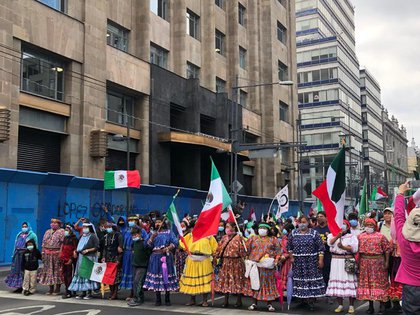 Although those of FRENAA indicate that they gathered more than 100,000. The Government of the City of Mexico indicates that 5,000 people were admitted to the Zocalo and threw the metal fences that were around the camp that holds the front.

Fernando Rodríguez Servín, one of the FRENAAA coordinators, told  Milenio Televisión: “We expect 100,000 people to arrive . Yes it is an expectation that we have, we want to show the President that there are 100,000 people who want him to leave his post ”.

In the bulletin, the National Anti-AMLO Front describes that the people who attended the march are not transported and came to demonstrate in Mexico City from different parts of the Mexican Republic. 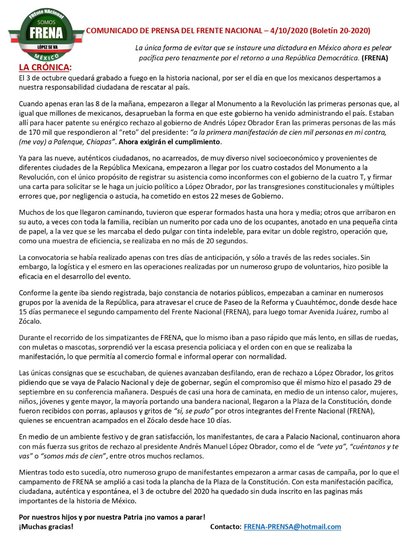 Each of the people who participated received a piece of paper and their finger was marked with indelible ink, in order to avoid double registration, which did not happen in a time greater than 20 seconds.

On its Twitter account, FRENAAA shared on Saturday at 1:36 pm: “ We ran out of papers; 153,000 people; SORRY. Mexico has already woken up, and October 3 will not be forgotten. Despite the manipulation of the paid media, we Mexicans left a record said LA VERDAD reporters ”.

Each of the attendees was registered in accordance with what was communicated by the Front, ” under the evidence of public notaries “, they also “signed a letter to request that López Obrador be impeachment, for the constitutional transgressions and multiple errors that he has made. committed in 22 months of government ”.

The number of supporters has been questioned on several occasions by the federal and local government since both in the sit-in on Avenida Juárez and the one held in the first square in Mexico City, the majority of the campaign houses are empty. .